Hamilton owns up to car accident in Monaco 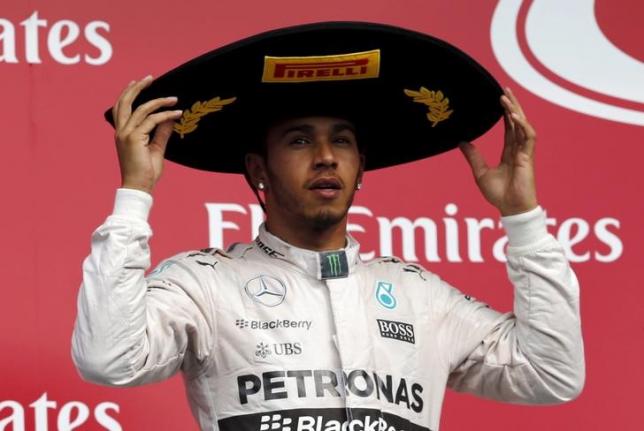 Hamilton owns up to car accident in Monaco

MEXICO CITY - Formula One world champion Lewis Hamilton has revealed he was involved in a car accident in Monaco on Monday and said he wanted to take responsibility for the incident to prevent people from making a "quick buck" out of it. Hamilton delayed his flight to Sao Paulo for the Brazilian Grand Prix by a day this week, with his Mercedes team saying he was unwell. The 30-year-old Briton posted a picture of himself seated on a plane on his Instagram account late on Wednesday and said no-one was hurt in the accident. "Dear TeamLH, just wanted to let you know why things have been quiet on social media the past few days," Hamilton said in the post. "I’ve not been well with a fever but I also had a road accident in Monaco on Monday night. "Whilst ultimately, it is nobody's business, there are people knowing my position that will try to take advantage of the situation and make a quick buck. "NO problem. Nobody was hurt, which is the most important thing. "But the car was obviously damaged and I made very light contact with a stationary vehicle." Hamilton said he had decided to rest at home and leave a day later than scheduled after consulting with his team and doctor. "But I am feeling better and am currently boarding the plane to Brazil," he added. "However, I am informing you because I feel we all must take responsibility for our actions. Mistakes happen to us all but what's important is that we learn from them and grow. Can't wait for the weekend Brazil." Hamilton clinched his third world title in Texas last month with three races to spare but has a patchy record behind the wheel when away from the race track. He was banned from driving in France in 2007 and had his car impounded after being caught driving at 40 miles per hour above the speed-limit on a motorway northeast of Paris. He was also booked for reckless driving during the 2010 Australian Grand Prix after police saw him spinning the wheels of his car near Melbourne's Albert Park street circuit. -Reuters