ISLAMABAD (92 News) – Pakistani renowned Actor Hamza Ali Abbasi tied the knot with Anaa star Naimal Khawar, while, their nikkah ceremony was held at a hotel in Islamabad on Sunday.

Hamza Ali Abbasi and Naimal Khawar are officially a couple after tying the knot in a simple wedding ceremony. 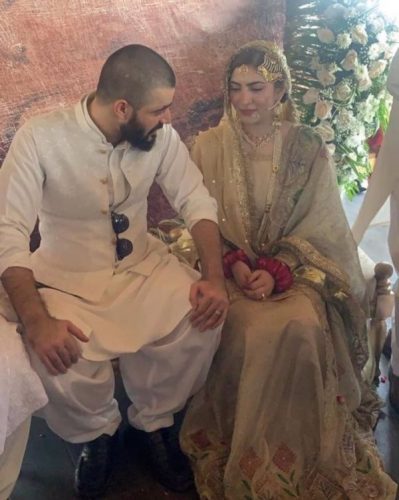 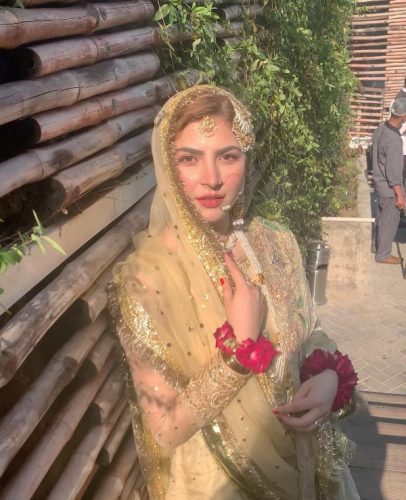 The event was held at The Monal in Islamabad.

Circulating photos show the duo signing the contract and holding hands as they were pronounced husband and wife. 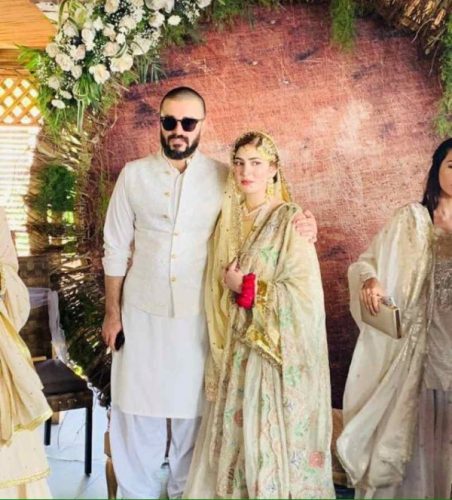 The radiant bride looked like a vision donning an ethnic look in a golden ensemble, paired with minimal makeup and heavy jewelry. 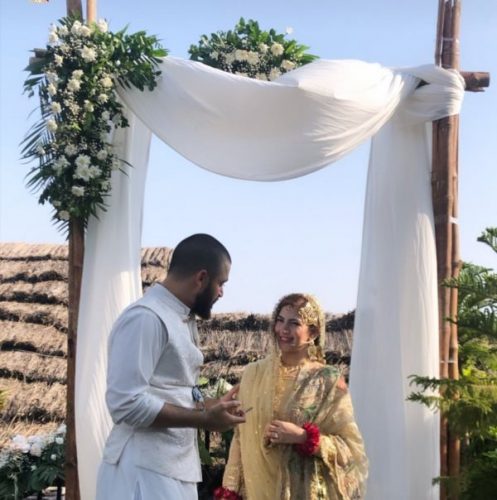 The dapper groom, on the other hand, kept is simple in a plain white shalwar kameez   as renowned celebrities were also spotted celebrating the union of the couple.

Best friends of the couple Gohar Rasheed and Usman Mukhtar were also there making prayer for the couple during the Nikkah ceremony.

On the other hand, the guest list also included the likes of Atif Aslam, Uzair Jaswal and Ammara Hikmat.

After confirming rumors of his marriage earlier, Hamza spoke on the matter, adding that the two are inseparable. The two will host a Valima ceremony on August 26.

Wishing this beautiful couple the very best of luck. May God bless them with all the happiness in life. #naimalkhawar #hamzaabbasi #yasirjaswal #usmanmukhtar #weddingbells