LONDON (92 News) – Hanuma Vihari, India’s 292nd Test cricketer, had a nervy start to his Test career, but once he settled in, he brought up a maiden half-century and added a crucial 77 runs for the seventh wicket with Ravindra Jadeja.

Vihari came in on the second day of the fifth Test against England at The Oval when India were 103/4. He could have been out lbw to Stuart Broad off his third ball had the bowler reviewed, and had a decision against him overturned off the same bowler two balls later.

But coming back on Sunday, 9 September, the third morning, he was a lot more assured in a knock of 56. India reached 292, cutting England’s lead to 40.

Admitting to early nerves, Vihari said after the day’s play, “Initially, I felt the pressure going in yesterday – cloudy conditions and Stuart Broad and [James] Anderson bowling at you. [But] once I got myself in, it eased my nerves.”

Before the wicket slowed down, having his captain Virat Kohli at the other end helped him, he said, as did the words of Rahul Dravid, his coach in the India A set-up.

It’s just the start. I know I have to do a lot of things to cement my place in the Indian team.

“With [the nerves], I wasn’t good with my decision making. But having Virat at the other end made my job a little easier. His inputs helped me,” he said afterwards.

“He’s been playing very confidently throughout the series and his confidence boosted me at the other end. I will give a lot of credit to him for helping me out.

“I called [Dravid] the day before I made my debut,” he added. “He spoke to me for a couple of minutes and gave his inputs and it eased my nerves a little bit because when it’s coming from a legend, you know that you belong here.

“He just told me that you have the skill set, you have the mindset and the temperament, just go out there and enjoy yourself.

“I would like to give him a lot of credit for that because my journey with India A was very important for me to come here, because not only that I performed there, but the way he gave us inputs, that made me a better player.” 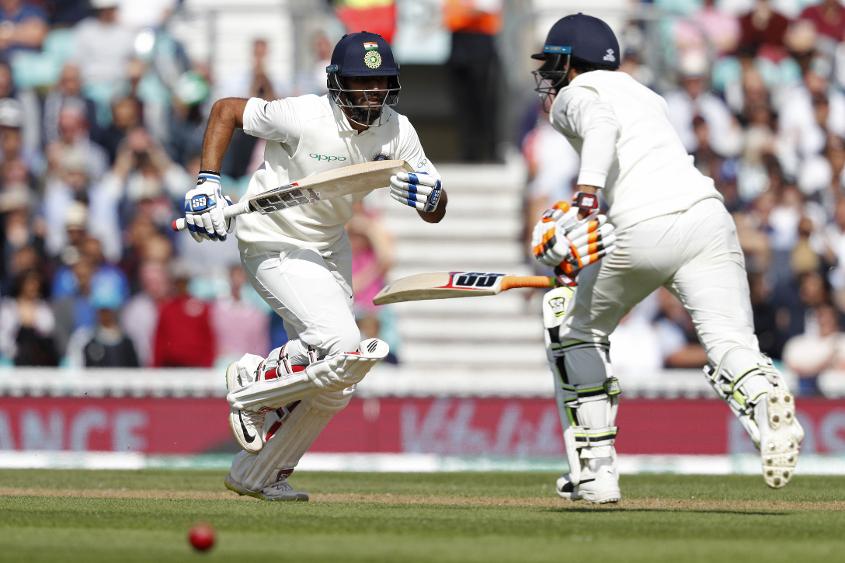 Vihari’s calmness stood out through the innings – “My aggression is something which I want to do with the bat,” he said – along with a readiness to make adjustments to tackle the in-swinging deliveries that seemed to trouble him initially.

The 24-year-old has broken into the Test side on the back of bucket-loads of runs, and an average of 59.79 in first-class cricket. In his last game before joining the Test squad in England, for India A against South Africa A, he made a century.

He insisted he was at the highest level for the long run. “It’s just the start. I know I have to do a lot of things to cement my place in the Indian team, which I definitely want to do. Getting a half-century on debut is just the start.”