Karachi and adjacent areas received heavy downpour, which led to power outages has affected the normal life. The torrential rain inundated the streets of the port city and disturbed routine lives of the citizens. 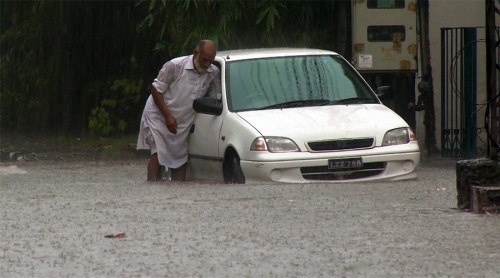 The rain turned the city roads into canals. A severe traffic jam was witnessed after the rain. Citizens faced numerous problems due to the traffic jam.

Several motorcycles and vehicles stopped working due to inundation of roads in the city. Flight operations were also put on hold for a brief period but the runway was later opened for both domestic and international flights.

On the other hand, many K-Electric feeders also tripped leaving locals without power for several hours.

Pakistan Meteorological Department spokesperson said that the rain is continuing in Rawalpindi, Islamabad, Lahore and Gujranwala division. He said that this spell of rain in Punjab will continue for the next forty-eight hours. 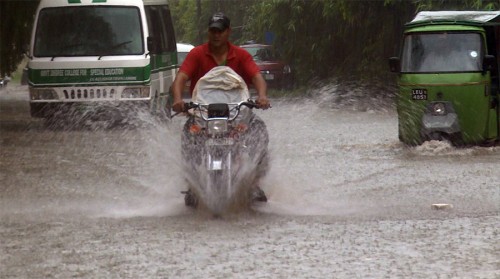 The spokesperson said that rain is also expected at scattered places in Khyber Pakhtunkhwa, FATA, Sindh and eastern Balochistan over the next twenty-four hours.

In Lahore, roads, streets and commuters are facing immense difficulties to carry on with their routines in the result of downpour in different areas of city. Scattered rain lashed Mall Road, Jail Road, Ferozpur Road, Shimla Pahari, Garhi Shahu among other areas.

Meteorological Department has stated that the spell would continue for coming three days. 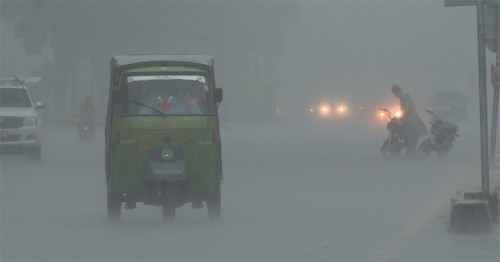