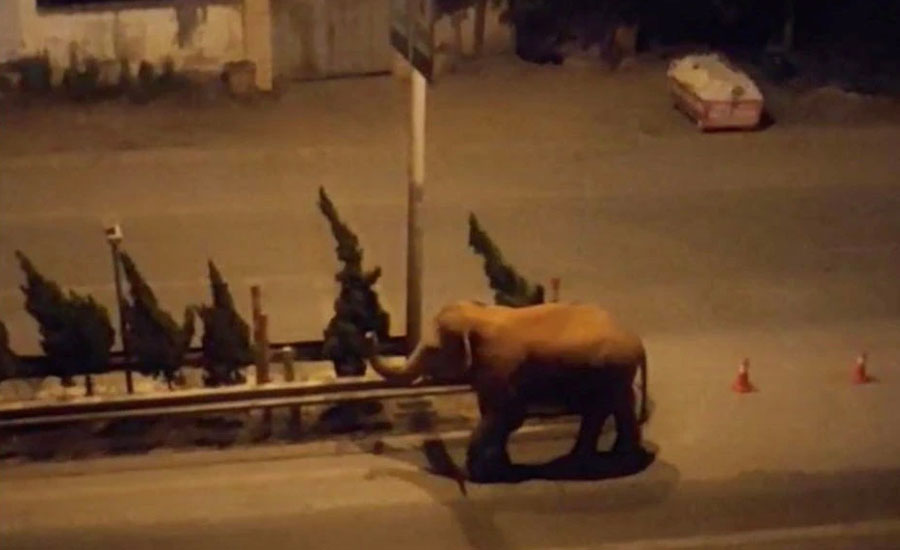 (Reuters) - A herd of 15 wild elephants was approaching the city of Kunming, the capital of southwest China's Yunnan province, on Wednesday, defying attempts to redirect them after a journey of several hundred kilometres from forests to the south.

The group of Asian elephants, which includes three calves, originally lived in a nature reserve, according to the official Xinhua, and has trekked for nearly 500km along highways and through fields of crops over the past months.

They were within a few kilometres of the edges of Kunming, a city of some 8 million, on the afternoon of June 2, according to state television CCTV.

While it is unclear why the elephants are moving north, the Xinhua report said a decline in edible plants in forest habitats has put pressure on the animals, whose numbers have grown in Yunnan in recent decades.
Conflicts between villagers and elephants can emerge as they leave protected areas to enter villages and eat crops. Some 6.8 million yuan ($1.1 million) of damage has been caused by this elephant herd, according to Xinhua.

Local governments in Yunnan, which borders Vietnam, Laos, and Myanmar, have used roadblocks and tonnes of food to try to shift the elephants' course over recent weeks, while evacuating residential areas.