EDGBASTON (92 News) – Dale Steyn, one of the greatest fast bowlers in history, retired from Test cricket on Monday, 5 August. Here are five of his best Test performances.

Steyn’s maiden five-wicket haul was a vital one, swinging an evenly poised Test decisively the way of South Africa. Jacob Oram’s century had given the visitors a 51-run lead after the first innings, and South Africa replied with 299 to leave a target of 248 to win. 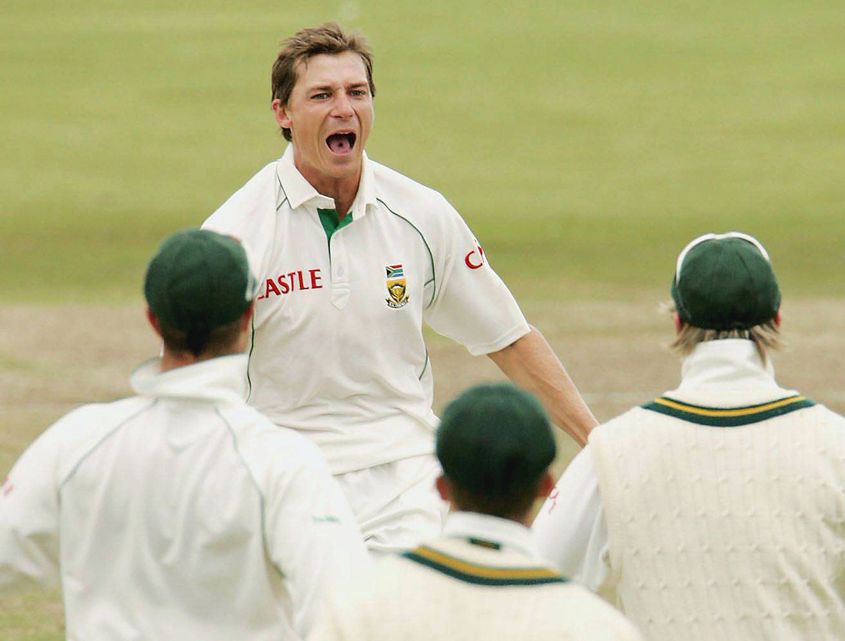 Steyn’s maiden five-for was one to remember

However, Steyn and Makhaya Ntini made sure they would not get close, claiming five wickets each. Ntini removed the top three and then Steyn came in and gutted the middle order, dismissing Stephen Fleming, Scott Styris, Brendon McCullum and Daniel Vettori. He sealed the win and his own milestone by bowling Chris Martin to end New Zealand’s innings with the Black Caps 128 runs short of victory.

India had racked up 627 in a drawn first Test, and the surface looked full of runs again – as proved when AB de Villiers notched a double and South Africa neared 500 in the second innings. But the first belonged to Steyn, who claimed Virender Sehwag and Rahul Dravid in an inspired opening spell before returning to lop off the tail, the hosts all out for 76. remains India’s second lowest Test total at home.

One of the greatest all-round performances in Test history came from a man who would only make one more half-century in his entire Test career. First up, Steyn’s five-for limited Australia to 394 in the first innings, but it still seemed plenty when South Africa slipped to 251/8 in reply. 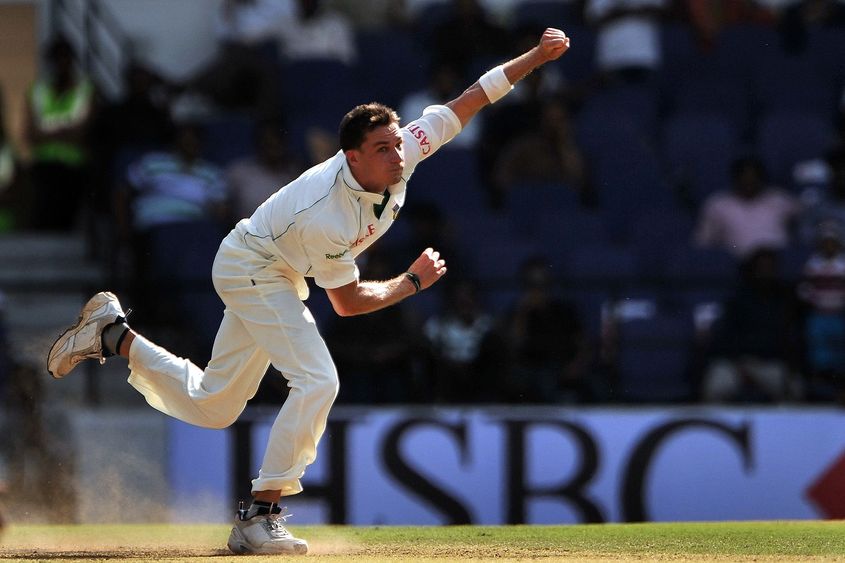 Steyn defied the Nagpur heat to claim his career-best figures

Enter Steyn, who made 76 in a 180-run stand with JP Duminy – whose 166 was one of the all-time great Test innings – to give the Proteas an unlikely 65-run lead. Steyn was soon back in the action once more, dismissing four of Australia’s top six on his way to 10 wickets in the match. South Africa chased 183 comfortably, and, having completed the second highest chase in Test history in the first game of the series, a maiden series win in Australia was theirs.

Steyn claimed his career-best figures in Nagpur with a devastating spell of reverse-swing bowling, defying alien conditions as South Africa completed victory by an innings and six runs in the series opener. India, previously unbeaten under MS Dhoni’s leadership, were skittled for 233 on a surface good enough for South Africa to rack up 558/6 in the first innings. His scalps included Murali Vijay and Sachin Tendulkar, and the Proteas claimed a lead big enough to enforce the follow on. Dhoni was unbeaten no longer.

When Pakistan bowled out South Africa for 253 in the first innings, they might have felt in the contest, capable of nearing parity or perhaps even ekeing out a lead. They certainly wouldn’t have imagined being back in the field 30 overs later, having been skittled for 49, their lowest-ever Test score. Had Graeme Smith felt so inclined, he could even have enforced the follow on. 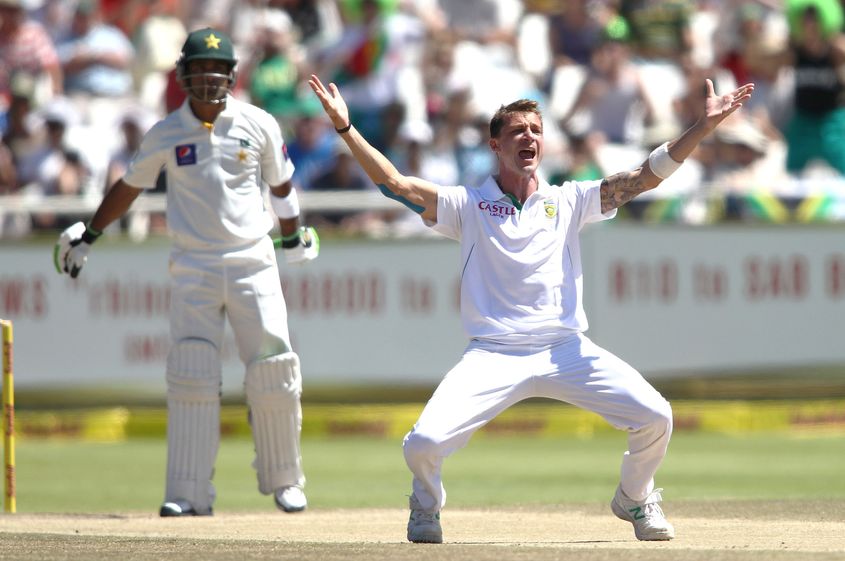 Pakistan had no answers to Dale Steyn

If Pakistan were at sixes and sevens, Steyn was at sixes and eights, claiming mind-boggling figures of 8.1-6-8-6. Six Pakistan players were caught behind, two at first slip, one more in the cordon, and one pinned lbw, defenceless in the face of a pace-bowling masterclass.