Hillary Clinton to address email use after UN remarks: reports 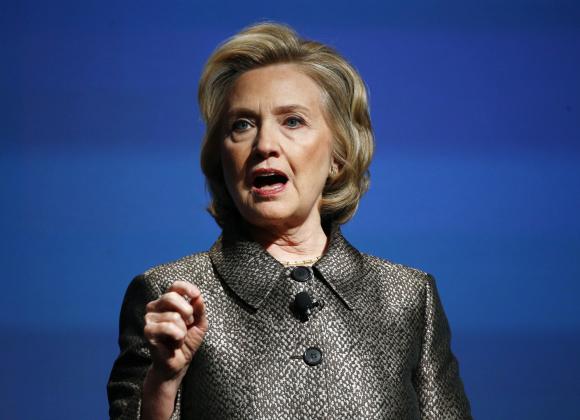 Hillary Clinton to address email use after UN remarks: reports

WASHINGTON - Hillary Clinton, a likely 2016 White House candidate, on Tuesday plans to address her use of private email during her time at the US State Department in a press conference following a speech at the United Nations, according to media reports. CBS News, MSNBC and CNN, citing a Clinton aide and other unnamed sources, said Clinton would hold a news conference after her scheduled remarks in New York, slated to begin at 1:30 p.m. EDT. Reuters could not immediately confirm the reports. A spokesman for Clinton urged reporters to attend the UN event. Clinton, Democrats' presumed front-runner for the party's 2016 presidential nominee, has come under fire for her use of a non-government email while working as secretary of state under President Barack Obama. She had been expected to publicly address the issue sometime this week. Republicans have pounced on the email revelation, first reported by the New York Times last week, but some Democrats have also called for more disclosure. Democrats on Tuesday urged Clinton to offer a public explanation about her use of a private email, including the use of her own private computer server. Senator Kirsten Gillibrand of New York told MSNBC that she did not know details of Clinton's email use. "So we'll see what her perspective is... I know we'll get the answers shortly," Gillibrand said. "She should come forward and explain the situation," Richard Durbin, the Senate minority whip, also told MSNBC. "I'd like to hear her explanation of why she did it and what was covered by it," he said in an interview. "I think it's only fair to say to Hillary Clinton: 'Tell us your side of the story.'" Reuters