History and legend fight it out in McMurtry's Old West yarn 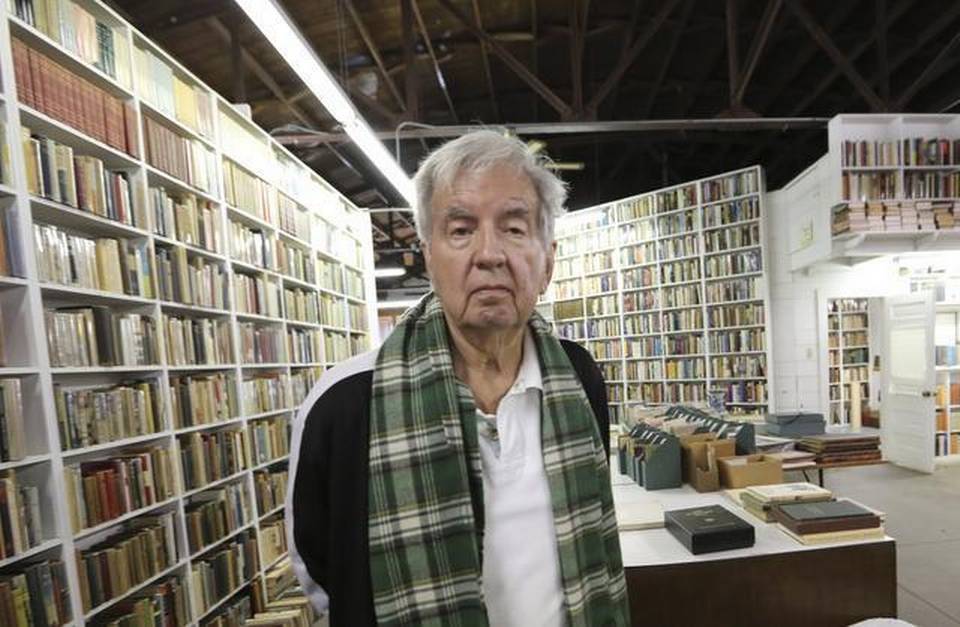 History and legend fight it out in McMurtry's Old West yarn

LONDON - If your idea of Wyatt Earp is a strong, honorable lawman in the shape of Henry Fonda or Kevin Costner, you'd better think again. In Larry McMurtry's new novel, "The Last Kind Words Saloon," Earp and his sidekick, the dentist-gambler Doc Holliday, are a lazy, mean-spirited, violence-prone pair. It's a portrait that's truer to history "They weren't heroic. They were surly for the most part. They drank a lot, they were mostly drunk for all this time. They were easily ticked," McMurtry said. "Wyatt hardly ever held a job. Usually his brothers got to be the sheriff and Wyatt spent his time whoring and drinking and hanging around," said McMurtry, who won a Pulitzer Prize for his beloved cattle-drive epic "Lonesome Dove". Just published in Britain, McMurtry's latest is a short work set in the dying days of the Old West. It is chock full of gun-toting rowdies, taciturn ranchers, saloon girls, cruel Indians and even a British lord. Some are historical figures, among them Irish journalist William Howard Russell and an aging Buffalo Bill, while others are imagined. It is laced with McMurtry's homespun humor. In one scene, Doc and Earp try to practice their shooting but in a display of ineptitude, miss most of the bottles. "I think of this as a rather light-hearted take on the ending of the West. I like to play around with it. I don't take it too seriously," he told Reuters, speaking in a gruff drawl down the telephone from Tucson, Arizona. The story moves towards the infamous Gunfight at the OK Corral in Tombstone, Arizona, when Earp, his brothers and Holliday take on the Clantons and McLaurys. When the smoke clears, three men are dead. Unlike in the many movies of the incident, the showdown takes place almost by accident and is over in less than a minute. McMurtry deals with it in just a few paragraphs. In his preface to the book -- whose cover of Frederick Remington's painting "The Fall of the Cowboy" adds to its end-of-era mood -- McMurtry quotes director John Ford's words that if you have to choose between history and legend, print the legend. McMurtry said it was still hard to strip away the legend. "The West is very mythologized. I tried to knock it on the head in 'Lonesome Dove' and it didn't work. You can't de-mythologize it. People are going to want the myth whether you want them to or not. So I've given up." Despite his own depiction of Earp, his favorite movie portrayal was by Henry Fonda in Ford's "My Darling Clementine". "He was just so graceful and it's one of his best movies." Now aged 78, the Texas born-and-bred McMurtry is one of America's most popular contemporary writers. His novels have been turned into classic movies, including "Hud", "Terms of Endearment" and "The Last Picture Show". He won an Oscar for the screenplay of "Brokeback Mountain". Westerns account for only part of his vast output. Asked what drew him to the genre, he said: "My family background is all you need. All my uncles were cattlemen. So that history was something I grew up with. I didn't start out writing Westerns. The first half of my career was more or less modern and I turned to Westerns later on." Two uncles worked for rancher Charles Goodnight, the former Texas Ranger and trail-blazer who features in the novel. "They regarded it as the most searing experience of their life. He was very profane and difficult." His grandparents were pioneers who came West at the turn of the century. McMurtry said he was not sure if he would write another Western, but he dismissed the oft-expressed notion that the genre, in novel or movie form, was a dying breed.