Hitler was shrewd, not so hypnotic, new German biography says 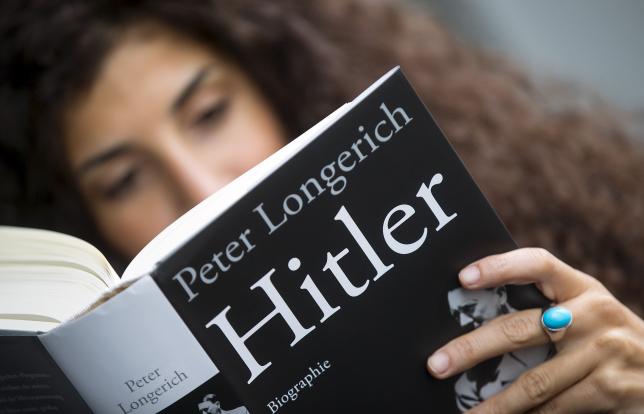 Hitler was shrewd, not so hypnotic, new German biography says

BERLIN - A new biography of Hitler by a prominent German historian is likely to stir controversy with its argument that the Nazi leader's political acumen has been underestimated and that the belief in his hypnotic grip over Germans is inflated. Peter Longerich's "Hitler", to be published on Monday, is a 1,295-page tome that includes material from the diaries of Nazi propaganda chief Joseph Goebbels and early Hitler speeches. "Overall, you have a picture of a dictator who controlled much more, who was more closely involved in individual decisions than previously thought. I wanted to put Hitler as a person back in the centre," Longerich told Reuters in an interview. Recent works on the Third Reich have placed more emphasis on the social and political climate that led to the rise of Nazism after defeat in World War One and crippling reparation demands. Soon after World War Two, Germans clung to the belief that they had been held hostage by a criminal gang led by the charismatic Hitler, bent on conquering Europe and exterminating Jews. Longerich, a professor at London University, argues that while all Hitler's policies and the results were catastrophic, he acted smartly in specific situations. "The question why he managed to get so far needs to be addressed: Obviously he had the ability to exploit individual situations in his own interest and for his own aims," he said. Even his racial policies, which culminated in the murder of at least 6 million Jews in the Holocaust, were in large part down to political opportunism, says Longerich, who does not think Hitler was radically anti-Semitic at an early age. "Around 1919-1920 he realised he could be successful in politics by embracing and inciting anti-Semitism," he said, adding it became a central element only in the 1930s. Hitler's skill in taking power is even more striking given that the Austrian-born art student was a 'nobody' with no ideology until he was about 30. Only then, refusing to accept Germany's defeat, was he drawn to the early Nazi party. Longerich also seeks to debunk the theory that Hitler had an irresistible charisma that captivated Germans, arguing it was largely artificially constructed by the Nazi propaganda machine which pumped out pictures of entranced fans at rallies. The author does not exonerate Germans, saying large parts of the population supported Hitler while others were opportunistic in following him, but he argues that there were social tensions and discontent, for example within the church. "It would be illogical to think that a deeply divided country like Germany suddenly united behind one person and shared one political view," Longerich said. Seventy years after his death, Germans' attitudes towards Hitler are still evolving, Longerich said. "I don't think there is any enthusiasm for Hitler but we are seeing taboos being broken," he said, citing recent films about the dictator and a debate about the publication of "Mein Kampf". As fears about right-wing radicalism in Germany grow due to the refugee crisis, he warns that with a "rougher" political atmosphere, "the potential of a single political figure is a factor which should not be underestimated". -Reuters