Addressing the inauguration ceremony on Wednesday, the premier said that there is need to work on the housing and agriculture field across Pakistan. “The Prefabricating Housing Project will help provide affordable houses to the ordinary people in the shortest possible time,” he added.

The premier mentioned that prefabricated houses will be established in big cities like Karachi and Lahore where many people have been residing in shanties and land is extremely expensive there.

He also assured that the prefabricated houses can be set up within three to four months while construction of flats takes three to four years.

He said housing, agriculture, exports and relocation of industry from China are the top priorities of the government. Emphasizing raise in productivity in agriculture sector, he said enhanced agricultural production will have impact on economic growth and increase in exports will enhance foreign exchange reserves. 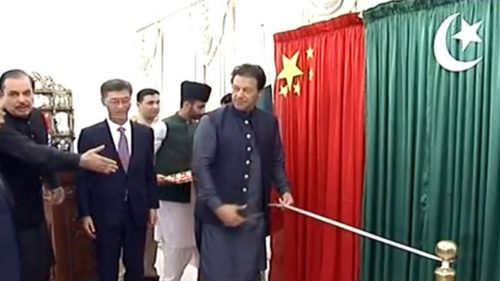 Imran Khan said Board of Investment (BoI), the Ministry of Commerce and other relevant departments are taking steps to make investment in Pakistan easy and fully facilitate the business community.

The prime minister counted agriculture as an area where Pakistan needs help, because its productivity is very low. “With Chinese technology, we could improve productivity, which would have an impact on our growth rate and help raise income levels in rural areas, he said. Pakistan derives 25% of its GDP from agriculture,” he explained.

“By increasing production, there would be an immediate impact on the growth rate in Pakistan and a reduction in poverty,” he maintained.

PM Khan further said that Pakistan needs help for boosting its exports. “We are grappling with balance of payment issues, a current account deficit and we need to increase our foreign exchange reserves,” he said.

“A way to boost this would be relocation of industry from China. Vietnam has already benefited from this,” Imran Khan concludes.

The plant for Easy Prefabricated Homes is being set up by leading Chinese Company Henan DR Construction Group in M-3 Special Economic Zone.