KARACHI (92 News) – A major sabotage plan has been busted by the police when they recovered a huge cache of weapons and ammunition during an operation conducted in Karachi’s Malir area.

As per details, on a tip off, police carried out a raid in Malir’s Kausar and busted a sabotage plan by recovering huge cache of weapons and ammunition concealed in the area. 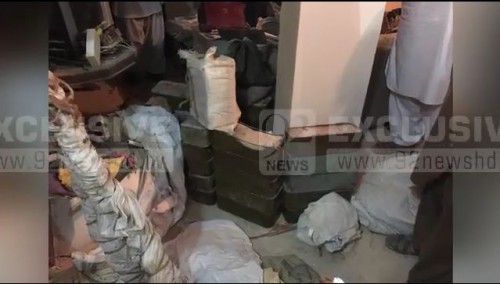 Sources said that the weapons were concealed by a political party’s trained terrorists and who wanted to target shopping centers and sensitive areas on the occasion of Eid.

Sources further disclosed that the law-enforcement agencies are conducting raids for the arrest of the accused.