I am fearless and a suicide politician, says Sheikh Rashid 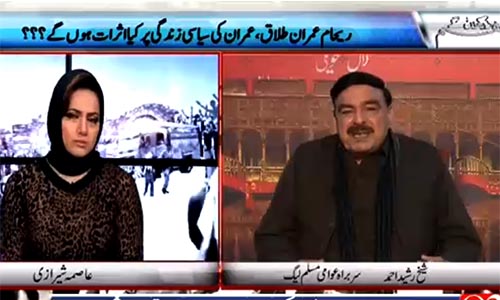 I am fearless and a suicide politician, says Sheikh Rashid

ISLAMABAD (92 News) – Awami Muslim League president Sheikh Rashid has said that he is fearless and a suicide politician. In 92 News Program ‘Hum Dekhain Gaay’, he said that the dollar price has been temporarily reduced under a conspiracy. “It will be known in a month that which type of treatment to be meted out to the Muttahida Qaumi Movement,” he said. Sheikh Rashid said that he had never talked to Imran Khan about Fayyazul Hassan Chohan. “The PML-N wants to create misunderstandings between Imran Khan and Sheikh Rashid under a conspiracy,” he maintained. “I will not betray the nation.” He said that Imran Khan would have to confirm that he had never talked to him about the local bodies elections. The AML chief said that Nawaz Sharif had tried to strike a deal for Asif Zardari. “Asif Zardari will not return until settling his affairs,” he added. He was of the opinion that the graph of COAS Raheel Sharif is on the decline for absence of accountability in Punjab. He said that every powerful person tries to divert the constitution towards himself. Sheikh Rashid said that Aleem Khan would have won the election had the PTI people supported him sincerely. “I am with Imran Khan and will remain with him,” he said.