I can’t say anything about Pak-India series in Sri Lanka, says Shaharyar Khan 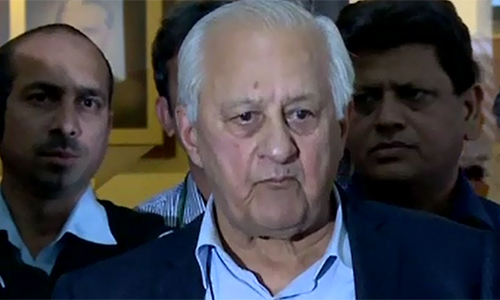 I can’t say anything about Pak-India series in Sri Lanka, says Shaharyar Khan

LAHORE (92 News) – Pakistan Cricket Board (PCB) chairman Shaharyar Khan has said that he cannot say anything about the Pak-India series in Sri Lanka. Talking to the media, he said that things will clear in a few days. The PCB chairman said that his meeting with the BCCI chief had been fruitful. He said that the PCB and the BCCI had yet to seek permission from their respective governments.