‘I wasn’t proving a point’ – Sam Curran after rescue act


LONDON (92 News) – Sam Curran said he backed his all-round abilities and played “naturally and freely” in compiling a vital 78 in England’s first-innings 246 in the fourth Test.

Curran’s top score from No.8, and handy partnerships with Moeen Ali and Stuart Broad down the order, rescued England from a perilous 86/6 on Thursday, 30 August, the opening day of the Test.

Facing a ball that “swung massively” after the top order was undone by Jasprit Bumrah, the youngster was unperturbed.

He had played a starring role for the hosts in the first Test win, with his second-innings 63 and five-wicket match haul. He went one better with the bat in Southampton, validating his inclusion in the squad after being dropped in the third Test.

“I just tried to play my natural game,” Curran said after the day’s play. “I love being in the side and I almost played with no fear, tried to be nice and positive and get some partnerships – not try to overthink it. Luckily enough it came off and we have a decent score on the board.”

Joe Root, the England captain, had described the decision to leave out Curran for the returning Ben Stokes as one of the most difficult ones he had to make. In that time away from the national squad, the 20-year-old made 40 and 31 for Surrey, while picking up a wicket. 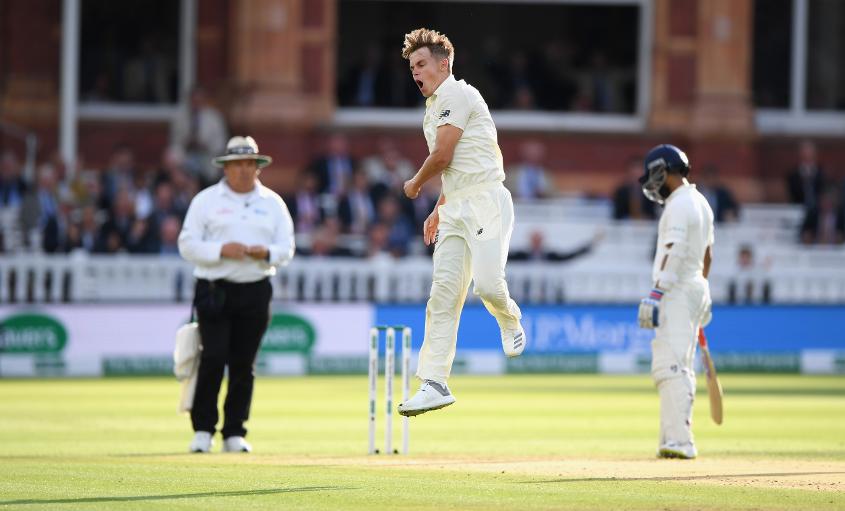 “I was disappointed but at the same time took it as a positive,” said Curran. “You can’t really leave out someone who’s got a hundred (Chris Woakes). It’s a great squad at the minute, and everyone is fighting for their places. It’s a great place to be and there’s good depth in the squad.

“I wasn’t proving a point at all – I was just playing the way I do, naturally and freely.

That’s what all-rounders love doing: big performances when the team need you.

“I was unlucky obviously last week to miss out. But I love being around the squad. There are some great names in the team and I’m learning so much.”

Curran backs his batting abilities, and sees himself growing to do a role like what Ben Stokes does.

“I love batting and bowling. I’d like to be batting up the order a bit more at Surrey. Look at someone like Ben Stokes, he contributes with bat and ball constantly, and that’s what I want to do. Hopefully I can get up the order at Surrey first and score some nice runs,” he said.

“That’s what all-rounders love doing: big performances when the team need you.”