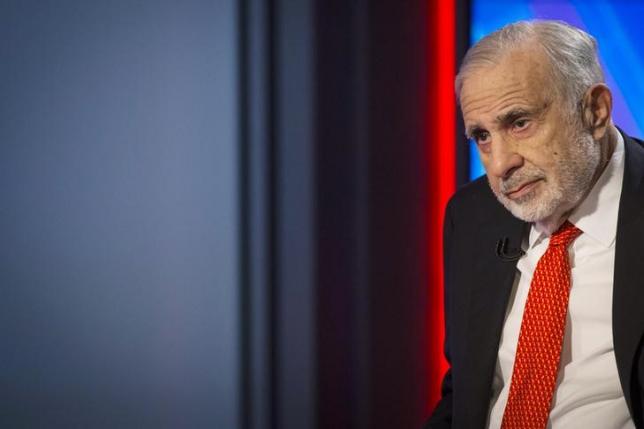 NEW YORK - Billionaire activist investor Carl Icahn swapped his entire equity stake in eBay Inc for the same number of shares in PayPal Holdings Inc in the third quarter, regulatory filings showed. The filings with the Securities and Exchange Commission showed that Icahn sold his stake of 46.3 million shares in eBay and reported the same number of shares in PayPal, which completed its spinoff from eBay in mid-July. Icahn, whose PayPal stake as of Sept. 30 amounted to 3.8 percent of the company, had pushed for eBay to spin off PayPal last year and has board representation at PayPal through Icahn Capital managing director Jonathan Christodoro. Icahn eventually backed off from his push for the spinoff in April of last year. But eBay directors and executives shifted their stance on the split in June of last year after a six-month internal study of the payments landscape. Icahn, who is known for taking large stakes in companies and pushing for management change, also showed that he took a 1.36 million share stake in American International Group Inc during the third quarter, ahead of publicly pressuring the insurer to split into three companies. In a letter to AIG CEO Peter Hancock in late October, Icahn blasted AIG as "too big to succeed," a riff on the popular "too big to fail" phrase that emerged from the financial crisis. The size of Icahn's AIG position had not been previously disclosed, and Icahn may have increased the stake by the time he tweeted that he owned a "large" position in the company on Oct. 28. Icahn was not immediately available for comment. -Reuters