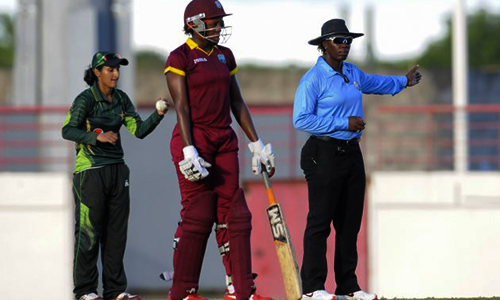 DUBAI (92 News) – The International Cricket Council (ICC) on Wednesday announced that, for the first time ever, four female match officials have been selected for the forthcoming ICC Women’s World Twenty20 Qualifier 2015, which will take place in Bangkok, Thailand, from November 28 to December 5. Experienced New Zealander Kathleen Cross will be joined by Australia’s Claire Polosak, England’s Sue Redfern and West Indies’ Jacqueline Williams for the qualifier which will see eight sides (Bangladesh, China, Ireland, Netherlands, Papua New Guinea, Scotland, Thailand and Zimbabwe) fight out for the two available spots in the ICC World Twenty20 India 2016, which will be staged alongside the men’s event from March 11 to April 3 2016. The trailblazing quartet’s selection is a further positive step forward, and also reasserts the ICC’s commitment to, the development of the women’s game. It is hoped that these appointments will also inspire more women to become involved in officiating and participating in the game. The quartet will be joined by fellow umpires Allan Haggo and Nigel Morrison, while ICC Graeme Labrooy will be the match referee. ICC Umpire Coach Denis Burns will also attend the week-long tournament and provide support and assistance to the match officials.