ICC nominates Hasan Ali for 'Player of the Month' for May 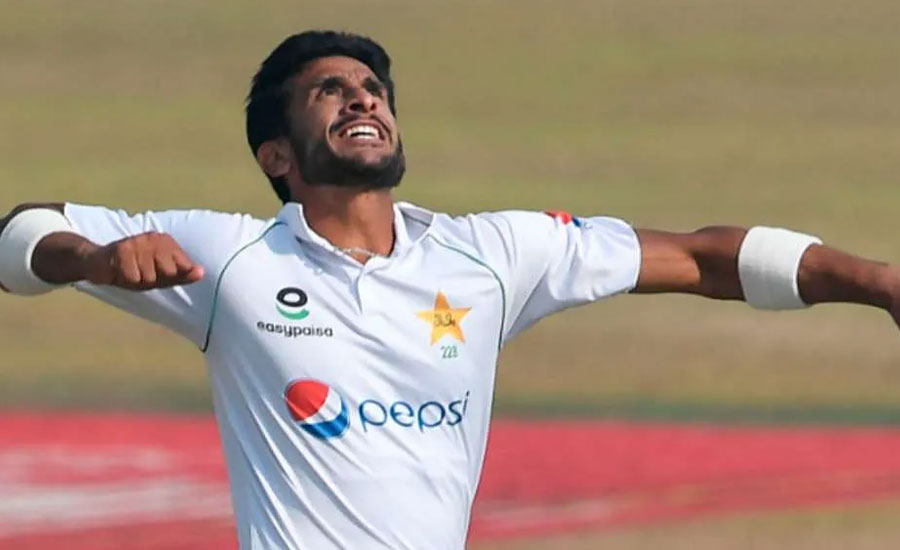 ICC nominates Hasan Ali for 'Player of the Month' for May

DUBAI (ICC) - The International Cricket Council (ICC) has nominated Pakistani right-arm pacer Hasan Ali for its May edition of 'Player of the Month' after his recent spectacular performances in the series against South Africa and Zimbabwe.

The ICC today announced the nominees for the ICC Player of the Month Awards for May to recognise the best performances from both male and female cricketers across all forms of international cricket.

How impressed are you with Hasan Ali? 🤩 pic.twitter.com/BSvaGjlzTf

The Pakistani pacer was in scintillating form in the Test series against Zimbabwe. In the two-match Test series, Ali picked up 14 wickets at a staggering average of only 8.92. He began the series with a bang, picking up 9 wickets in Pakistan's victory in the opening Test match. He carried forward this form in the second Test as well, bowling a devastating spell in the first innings, registering figures of 5/27, as Pakistan completed a 2-0 whitewash.

The first bowler to take twin five-wicket hauls on Test debut in 33 years.

What a way to announce yourself in international cricket! Left-arm orthodox spinner Praveen Jayawickram had a debut to remember during Sri Lanka's second Test against Bangladesh in Pallekele. He became the first bowler in 33 years to pick up twin five-wicket hauls in his maiden Test, bamboozling the visitors. He ended with match figures of 11/178, the best by a Sri Lankan bowler on Test debut.

How impressed were you with Mushfiqur Rahim’s performance in the #BANvSL ODIs? pic.twitter.com/Hr6EZ5yd3v

The experienced wicketkeeper-batsman again showcased his full class in the month of May. He scored 80 runs at an average of 40 in the first Test against Sri Lanka.

But it was the ODI series against the same opposition, where he displayed his world-class ability with the bat. In three matches, Mushfiqur scored 237 runs at an average of 79 and a strike rate of 88.43. His knock of 125 in the second match helped the hosts seal a first-ever ODI series victory against Sri Lanka. For his contributions, Mushfiqur was rightfully adjudged the Player of the Series.