Batting first Australia had set the target in 149 in 20 overs but West Indies chased the target with eight wickets in hand.

Darren Sammy and company were out to celebrate with the women Champions. 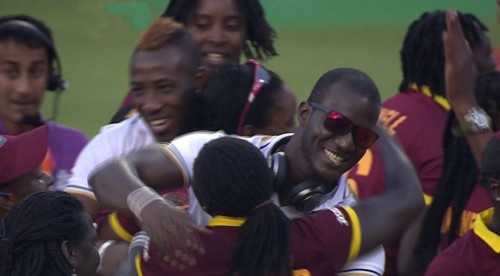