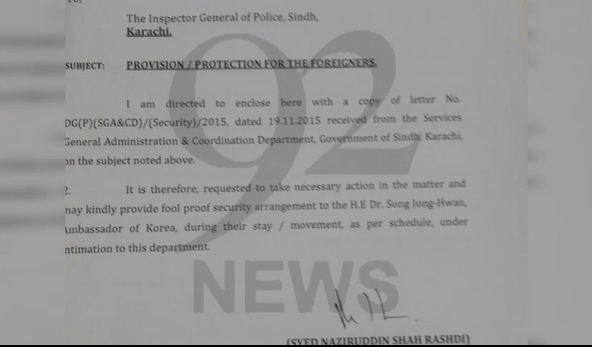 KARACHI (92 News) – The Sindh Home Ministry has on Wednesday directed the Inspector General (IG) of Police Ghulam Haider Jamali for foolproof security arrangements throughout the province following the threats to foreign diplomats. The Sindh home ministry has written a letter to IG Sindh Ghulam Haider Jamali to further tighten security of the foreign diplomats following threats. Sources said that the banned terrorist organizations can target foreign diplomats and especially the South Korean diplomats are the main targets. A copy of letter was also forwarded to Director General Protocol Sindh.