Punjab Chief Minister Usman bid him farewell at the airport. He thanked the Imam-e-Kaaba for visiting Pakistan. 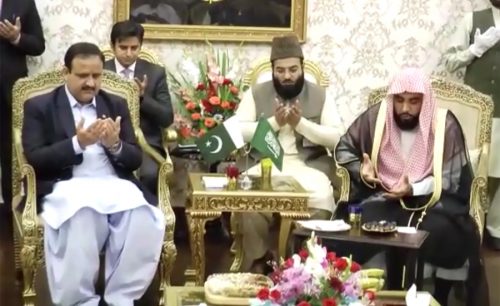 The CM said that relations between Pakistan and Saudi Arabia will strengthen after his visit.

Speaking on the occasion, Imam-e-Kaaba Dr Abdullah Awad said that he was taking pleasant memories and love with him from Pakistan. “The people of Pakistan have given me a lot of love and respect,” he said.

They discussed ways to promote relations between Pakistan and Saudi Arabia and challenges faced by the Muslim Ummah.

On the occasion, Pervaiz Elahi thanked Dr Abdullah for paying visit to Lahore and said both Pakistan and Saudi Arabia are bonded in long-term ties.