Imran has made politics a business, says Pervaiz Rasheed 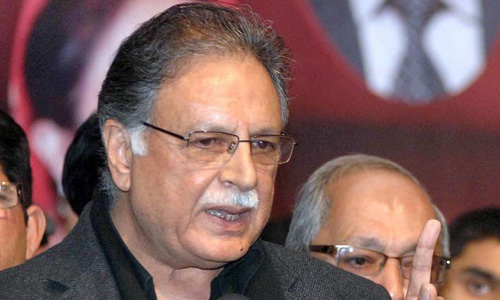 Imran has made politics a business, says Pervaiz Rasheed

ISLAMABAD (92 News) – Federal Minister for Information and Broadcasting Pervaiz Rasheed said that Pakistan Tehrik-e-Insaf chairman Imran Khan has made politics a business. Addressing a ceremony here on Tuesday, he said that Khyber Pakhtunkhwa is a centre of horse-trading nowadays. “The Captain gave the tickets to businessmen who will fill their pockets if they came to the Senate. Horse-trading could have been stopped had this step not taken. Imran should himself tell about it otherwise we will tell whom he gave the ticket after receiving Rs 15 million,” he added. The minister said that the party getting more seats as compared to its members will be known to everyone. “Imran is in habit of making accusations.” He said that Sikhs, Christians, Hindus and Parsis also live in Pakistan. “Some books have divided the people and there is need to abolish them.” The minister said that there is need to promote religious tolerance in the society.