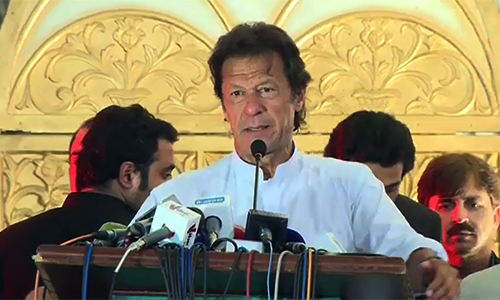 LODHRAN (92 News) – PTI chairman Imran Khan has demanded the deployment of Army in the NA-154 by-election. In a video message on Thursday, he said that one each soldier should be appointed in and out of a polling station. “The police are under pressure from the government. The Election Commission of Pakistan is also not independent,” he said. “The by-election was held peacefully in NA-122 due to the Army.” The PTI chairman said that the opposition parties had accused the PML-N of rigging the LB polls with the help of police. He said that all the parties had declared the Election Commission a failure. “The farmers must get money from the government, but should vote for the PTI,” he added.