Imran, whose party swept the July 25 general election and commands the loyalty of a majority of lawmakers in the Lower House of Parliament, will take oath of office on Friday.

Imran Khan bagged 176 votes of MNAs while his rival Shehbaz Sharif secured only 96 votes. The winning candidate will require 166 votes to form a government in federal. Elected Prime Minister Imran Khan is likely to take oath tomorrow (on Saturday).

Speaker Asad Qaiser is chairing the session. The session of National Assembly was started with the reciting of Holy Quran. National Assembly met at 3.30pm to elect Leader of the House. PTI Chairman Imran Khan and PML-N President Shahbaz Sharif are in the field for election of Prime Minister. 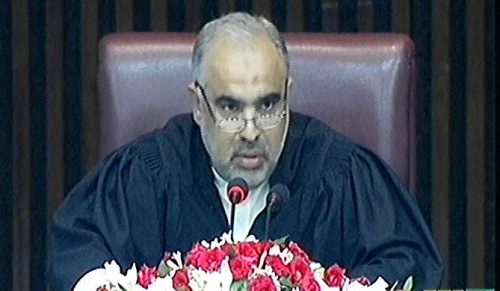 Prior to the session, members of the National Assembly belonging to PTI and its allies met at Parliament House with Imran Khan in the chair at 2pm to formulate strategy for the session.

PPP withdrew his support for Shehbaz Sharif yesterday and Bilawal said that the PPP’s democratic right to abstain from voting process. 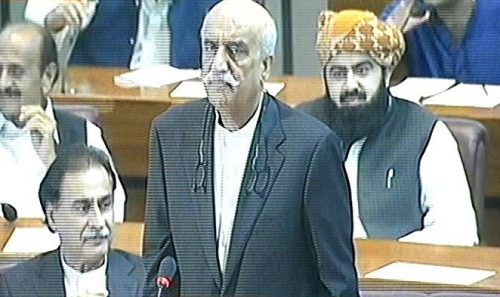 It is pertinent to mention here that the PML-N members of National Assembly may be record their protest after the election. 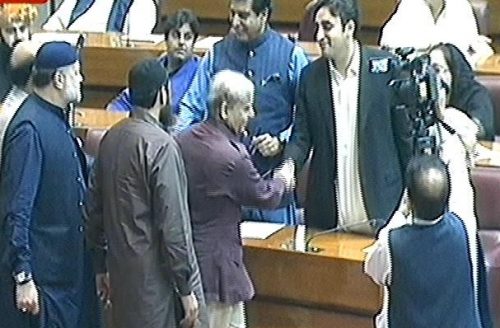 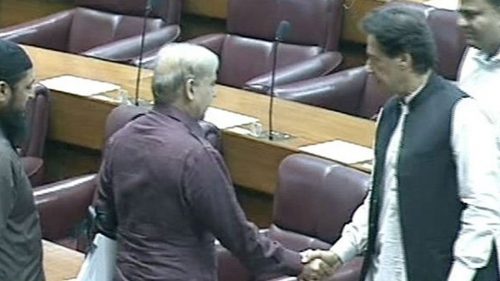