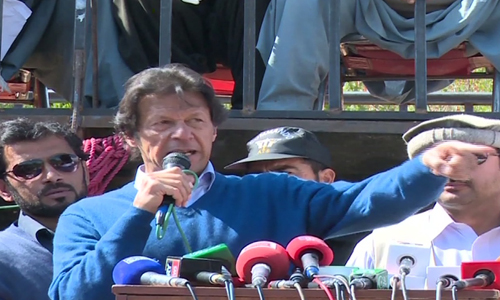 ISLAMABAD: Pakistan Tehreek-e-Insaaf (PTI) Chairperson Imran Khan has said that he is not running the Khyber Pakhtunkhwa government and his job is only to deal with people justly, 92 News reported. Addressing the protesters from Karak area of Khyber Pakhtunkhwa at his residence at Bani Gala, Imran Khan said that the protesters’ demands, including unavailability of Sui gas, construction of a university, power shortage and royalty issues, have been conveyed to KPK Chief Minister Pervez Khattak. He said that four people were enough to convey the demands of the people. “As for the royalty issue, it is the elected representatives’ job to decide how to spend it,” he said. The PTI chief said only a handful of people are enough to convey their demands if reasonable demands are forwarded.