In rural China, shoppers go online - with a little help 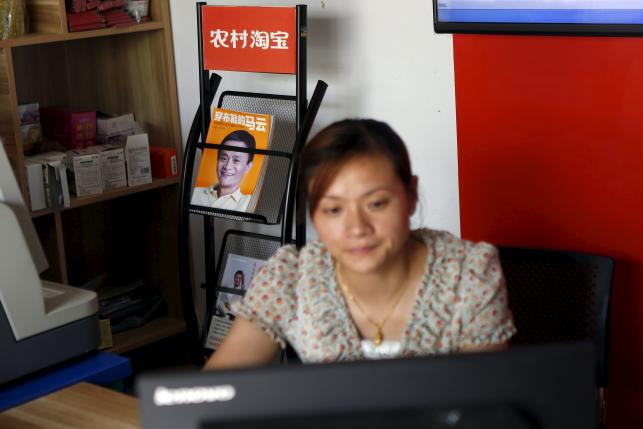 In rural China, shoppers go online - with a little help

TONGLU, CHINA - Cheng Yonghao left his village in central Henan province almost 20 years ago, not expecting to return. He's now back home, and this week opened a village store to help locals shop online. Cheng is just one of an army of local recruits who are part of Alibaba Group's big bet on rural e-commerce as China's internet giants invest billions in outpost service hubs to tap a market twice the size of the United States. E-commerce growth in the countryside now outpaces that in major cities, though fewer than one tenth of online purchases made on Alibaba platforms were shipped to rural areas in the first quarter of this year. Alibaba estimates the potential market at 460 billion yuan ($74 billion) by next year. Rival JD.com also says that developing rural e-commerce is a key strategy this year. While the rewards are enticing, few are making money yet. "We don't know when our rural e-commerce operations will become profitable, but there's value in what we're doing, there's consumer demand," Gao Hongbing, director of Alibaba's research arm, told reporters earlier this month. TRAIN THE TRAINER Before it can reap the rewards, Alibaba is having to teach a rural population - which tends to be older, poorer and less comfortable with technology - how to browse and buy. That's where Cheng and the others come in. Alibaba has been on a recruitment drive to find and train local 'partners', who set up service centers in their home villages, helping locals shop online. Partners - mostly younger, educated, and more familiar with navigating websites like Taobao, Alibaba's online emporium - go through a written exam, computer test and interview. More than 1,000 applied for one batch of 50 jobs, said one applicant from Henan. Training takes place at local government business offices over 2-3 days in groups of around four dozen. Trainees are asked about their aspirations and how they can reach their potential. "My dreams aren't that big," said Cheng, 29. "I just want to live in the countryside and give back to the people there so they can have the same quality of life as people in cities." Having some of its surplus of university graduates return to the countryside also fits government policy for developing the rural economy. "Some are university students, others have spent a couple of years working in cities and want to come home, some have been working in the village all along," said Xing Guanjie, who trained with Cheng. "You've got all kinds, but almost everyone is between 20 and 35 years old." Training also covers Alibaba's corporate values and history; how to choose where to set up shop, open a Taobao account, operate at village level, and match products to consumers. "There's pressure for us to go out and promote the company," said Zhu Ling, 25, who runs a service center in Zhejiang province. "But it's difficult as I know most people here and they're skeptical of my motives." Alibaba declined to say how many partners it has trained, but it has said it plans more than 100,000 rural service centers. SHIFTING LANDSCAPE There are signs the rural retail landscape is shifting. "I'm planning on retiring early, it's getting too tough to do business here," said Chen Tiehua, 45, who runs a lighting store in Zhejiang's Tonglu county. "A lot of my friends who run small businesses face the same problem: we can't compete against e-commerce." A half-hour's drive away, villagers in Yuzhao fetch packages and check on orders at a Taobao service center - little more than a dusty computer and wall-mounted TV in a corner of the village general store. "I tell people to buy whatever's ranked highest in terms of sales," said Zhu, scrolling through recent orders that include a child's bike, underwear, phone data packages, industrial gloves and a tent. "They often just want to buy the cheapest, but I tell them not to," she said, adding some villagers worry that online shopping is a scam or that products ordered online won't be as good as those bought in the store. Zhu said she makes around 1,000 yuan ($161) from Taobao sales each month. In nearby Duji, Shen Zhixiang and his friends sit outside the village's small general store, where the walls are lined with orange and green Taobao posters. Inside, the computer is switched off, and the store owner is out back playing mahjong. "People come to order things after work," said Shen, 52. "I buy everything on Taobao now. My online order for dog food just arrived, I'll take it home later," he said. "Not just dog food, but corn, flour, rice, millet, clothes, shoes, everything." While the potential is vast, these are early days, and Jin Jianhang, Alibaba Group president, concedes that China still lacks rural infrastructure. "Bluntly, China's county-level towns are built like European ones, but its villages are like African ones," he said in a speech promoting rural e-commerce this month. - Reuters