In Venezuela, an account of a kidnapping renews focus on violence against women 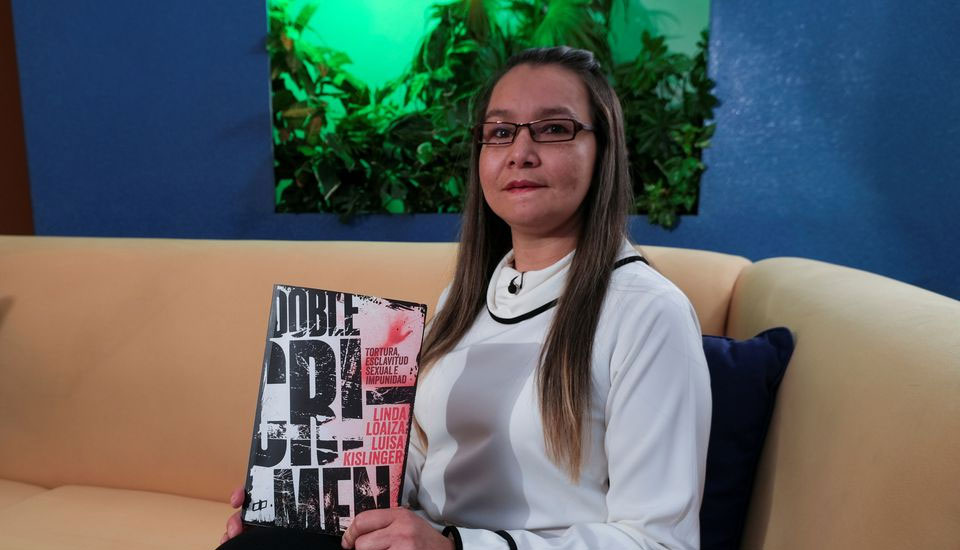 In Venezuela, an account of a kidnapping renews focus on violence against women

(Reuters) - In 2001, Linda Lopez was kidnapped and held for almost four months in a Caracas apartment, where she was repeatedly raped and tortured.

Now, she has released a book about her experience and her years-long battle to bring the case to trial in a system that she says still fails Venezuelan women.

The release of the book co-written by Lopez, a lawyer, and Luisa Kislinger, a Venezuelan writer and activist, has revived debate about violence against women and girls in Venezuela, which activists says is often overshadowed by the country's humanitarian and economic crisis.

Venezuela does not publish statistics on domestic abuse, but it is a widespread problem in Latin America that increased during the pandemic, according to data from the U.S.-based nonprofit International Rescue Committee in a report published last June.

In her book, "Double Crime," Lopez, best known by her first and middle names Linda Loaiza, details a horrific ordeal of being gagged and handcuffed, beaten with glass bottles, burned with cigarettes and repeatedly raped between March and July 2001.

Luis Carrera, the son of a prominent academic, was arrested in November 2001 and convicted in 2006 for beating and kidnapping Lopez and spent six years in prison.

The court determined she had been raped during her captivity, but absolved Carrera of rape charges on the grounds that there was insufficient evidence to show he was the perpetrator.

That was a failure of the system, Lopez told Reuters in an interview.

Failing to punish rape "is telling society: do it. You have carte blanche. You can," she said.

Lopez's case became a symbolic one for women's rights groups because proceedings were delayed for years as judges repeatedly declined to hear it, according to Lopez and the groups, such as Tinta Violeta in Caracas.

Her supporters said the delay was because of the prominence of the Carrera family. Rights groups say the government fails to investigate and prosecute abuse, particularly when assailants are well-connected men, and that it has not invested enough in helping women escape or recover from abusive relationships.

Reuters was unable to locate Carrera, who was released from jail in 2008. His father, Gustavo Carrera, did not respond to emails seeking comment.

Chief Prosecutor Tarek Saab said in a message to Reuters that the government actively prosecutes cases of domestic abuse and that women's rights are guaranteed under the country's constitution.

He said prosecutors were investigating 185 cases of women being murdered between January and November of 2020 and 53 cases in the first three months of 2021. Watchdog group Femicide Monitor says 256 women were murdered in 2020 and 73 from January to April this year.

The issue of women's rights returned to the spotlight in April due to a flood of sexual harassment accusations against musicians and entertainers. One well-known Venezuelan poet died of an apparent suicide days after being accused of statutory rape. He had confirmed the accusation in an Instagram message and asked for forgiveness.

Lopez was rescued by police and firefighters on July 19, 2001, when Carrera left her alone in the apartment unbound for the first time, allowing her to call for help, she told state prosecutors.

She spent a year in a hospital to treat a broken jaw and broken ribs, and underwent 15 operations to reconstruct her face and genitals.

"I have innumerable scars on my body," she said.

The Inter-American Court of Human Rights, a Costa-Rica based tribunal that forms part of the Organization of American States human rights protection system, in 2018 ruled that the Venezuelan state had failed to properly protect Lopez from sexual assault.

Lopez said Venezuela has not complied with key elements of the sentence, which ordered that Lopez be paid damages and said the government should investigate why officials ignored warnings by family members that Lopez had been kidnapped.

Saab told Reuters that his office was in talks with the foreign ministry and the women’s ministry to determine how to respond to the sentence, without elaborating.