According to the DG ISPR, the COAS has highly condemned brutalities by Indian security forces against innocent Kashmiris in IOK and CFVs along LOC/WB. 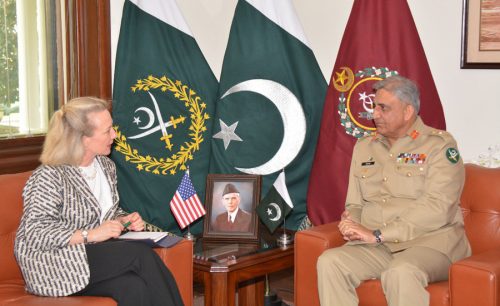 Regional security environment and matters of mutual interest were discussed. COAS reiterated that Pakistan is committed for peace and stability in the region particularly in Afghanistan through a national approach.

The COAS said that Pakistan also expects other players in the region to play equally positive part. Ambassador Wells said that US is committed to lasting peace and supports all efforts towards that end. Both agreed that bilateral convergences should be leveraged to gain positive momentum rather than remaining hostage to perceptions.