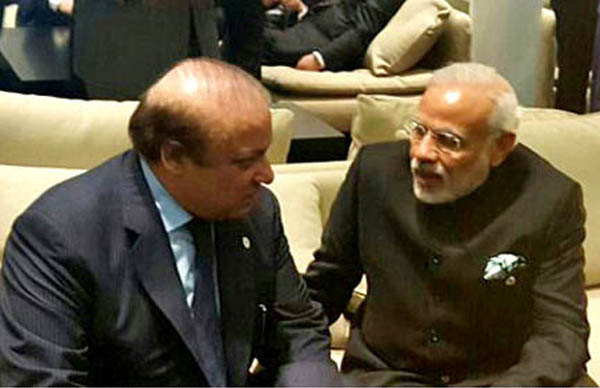 Talking to media in London, prime minister said that the Indian Prime Minister Narendra Modi came to meet him and expressed desire to resolve the issues in an amicable atmosphere.

Nawaz Sharif said that the Indian prime minister wants to improve the relations of arch-rivals.

Commenting on the local government elections, the prime minister said that the Pakistan Muslim League-Nawaz (PML-N) should not have left the constituencies open and should have given tickets in all constituencies.