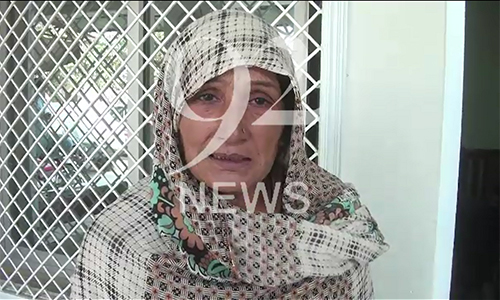 VEHARI (92 News) – A widow was severely injured when some influential people let dogs loose on her in Vehari on Wednesday. Nazir Ahmed and Naveed Jamil had kidnapped 12-year-old daughter of Perveen Bibi two years back. She approached the police several times to lodge a complaint against the accused, but they did not listen to her. The accused nurtured a grudge against the victim. On the day of the incident, they let dogs loose on her.