Injuries at work may increase risk of losing one’s job 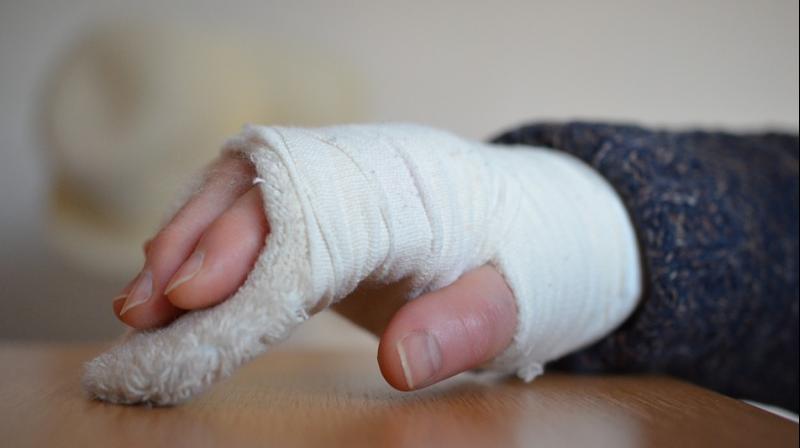 BOSTON - Although worker protections are supposed to prevent it, a new US study of nursing home workers finds that within six months of an injury, workers are more likely to lose their jobs.

Compared to colleagues reporting no injuries, workers who were hurt were more than twice as likely to be fired in the next six months.

“The results demonstrate higher risk of being fired but we don't have data to say why exactly workers are being fired. We can only say that their risks are higher,” said lead author Cassandra Okechukwu of the Harvard T. H. Chan School of Public Health in Boston.

Workers who had been injured multiple times were also twice as likely to quit their jobs in the next six months as colleagues with no injuries, the study found.

In general, workers are most likely to be injured during the first few months in a new work environment, the study team notes in Occupational and Environmental Medicine. So this job turnover increases the chances an injured worker will be injured again in a new workplace.

The results also indicate that federal and state-level regulations, which are supposed to protect workers from being fired after injuries and to give workers compensation and sufficient time to recover from an injury, may not always be followed.

The researchers used data from a study done by the Work, Family and Health Network involving direct care workers from 30 nursing homes across New England. Its original goal was to examine workplace policies meant to improve workers’ health, safety, and wellbeing, Okechukwu noted in an email.

For the injury study, Okechukwu’s team analyzed data on 1,331 nursing home workers who completed four interviews - at the start of the study, after six months, at one year and finally after 18 months had passed.

At each interview, participants reported whether they had been injured at work within the past six months and how many times. Nine in 10 of the participants were women and more than two thirds were certified nursing assistants.

The study team also used administrative data from the nursing homes to determine which workers lost their jobs and whether they had been fired or chose to leave.

After one year, 30 percent of workers had been injured at work and about a quarter were no longer employed at that job after 18 months.

Compared with people who were not injured, injured workers were 30 percent more likely to no longer be in their jobs within six months of the injury, whether voluntarily or involuntarily.

Peter Smith, a researcher at the Institute for Work and Health at the University of Toronto said it is significant that the study looked at mostly women workers.

“The previous research does suggest that the impact of a work injury on job loss might be more pronounced for women than it is for men,” said Smith, adding that it is also important to look at why women are more likely to lose their jobs.

Workers may be fired because their employers feel they can no longer perform the job duties, or due to worries that they will be injured again, said Smith, who wasn’t involved in the study.

He noted that workers may also choose to leave their jobs for fear of being injured. “In some situations an employer might not have put in place protections to reduce an injury occurring again, such as removing the hazards that lead to the injury,” he said by email.

“While these situations should not be happening within the current workers’ compensation legislation, we do know that they sometimes do occur, in spite of the legislation in place,” Smith said.

“Work is not supposed to lead to injury,” Smith said, and employers should give workers resources to protect their health and earnings. “Measures must be put in place to ensure that employers do not fire or discipline workers because they have had a work-related injury,” he said. -Reuters

Pakistan records 43 deaths due to coronavirus during last 24 hours

ISLAMABAD (92 News) – Pakistan has recorded 43 deaths in the last 24 hours by novel coronavirus as the nationwide tally of fatalities has jumped to 11,247 on Saturday.

AstraZeneca to supply 31 million COVID-19 shots to EU in first quarter, a 60% cut

BRUSSELS (Reuters) - AstraZeneca Plc has informed European Union officials on Friday it would cut deliveries of its COVID-19 vaccine to the bloc by 60% to 31 million doses in the first quarter of the year due to production problems, a senior official told Reuters.