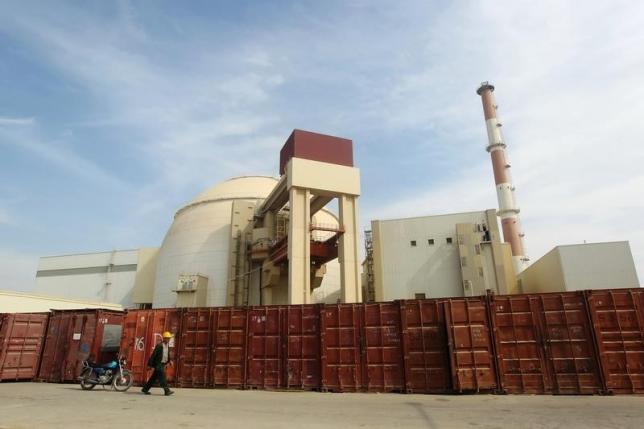 TEHRAN – Iran has stopped dismantling centrifuges in two uranium enrichment plants, state media reported on Tuesday, days after conservative lawmakers complained to President Hassan Rouhani that the process was too rushed. Last week, Iran announced it had begun shutting down inactive centrifuges at the Natanz and Fordow plants under the terms of a deal struck with world powers in July that limits its nuclear program in exchange for easing sanctions. Iran's hardliners continue to resist and undermine the nuclear deal, which was forged by moderates they oppose and which they see as a capitulation to the West. "The (dismantling) process stopped with a warning," Ali Shamkhani, Secretary of the National Security Council, was quoted as saying by the ISNA student news agency. Only decommissioned centrifuges were being dismantled to begin with, of which there were about 10,000 at Natanz and Fordow, the Atomic Energy Organisation of Iran has said. Shamkhani did not specify what he meant by "warning", but the head of parliament's nuclear deal commission, Alireza Zakani, told Mehr news agency that the dismantling had stopped in Fordow because of the lawmakers' letter to Rouhani. Zakani, who was not one of the signatories of the letter, did not mention activities at Natanz. A group of 20 hardline parliamentarians wrote to the president last week complaining that the deactivation of centrifuges contradicted the directives of Supreme Leader Ayatollah Ali Khamenei. Khamenei has said that the deal should only be implemented once allegations of past military dimensions (PMD) of Iran's nuclear program had been settled. The International Atomic Energy Agency is expected to announce its conclusions on PMD by Dec. 15. Centrifuges spin at supersonic speed to increase the ratio of the fissile isotope in uranium. Low-enriched uranium is used to fuel nuclear power plants, Iran's stated goal, but can also provide material for bombs if refined much further. Iran denied Western suspicions it was aiming to build a nuclear bomb. –Reuters