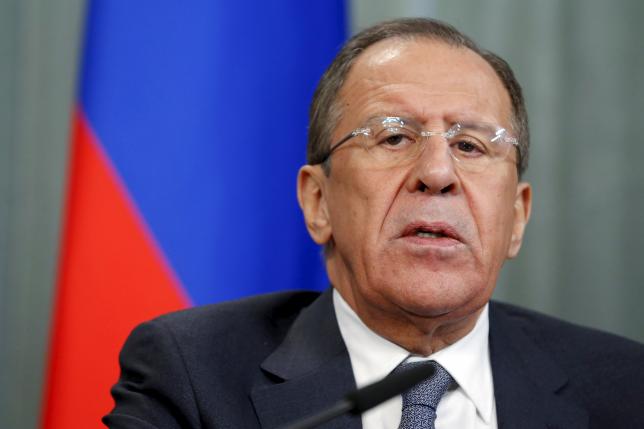 MOSCOW - An interim agreement between six world powers and Iran on Tehran's nuclear program will not lead to a new arms race, Russian Foreign Minister Sergei Lavrov said in remarks published on Monday. The deal reached last Thursday by Iran, the United States, Britain, France, Germany,China and Russia would curb Tehran's nuclear research for at least a decade and gradually lift Western sanctions. Israeli Prime Minister Benjamin Netanyahu has said that a final agreement based on the terms reached in the Swiss city of Lausanne would threaten his country's survival and increase the risk of nuclear proliferation in the Middle East. But Lavrov, whose country took part in the talks in Lausanne, said: "There are no reasons for an arms race." "Iran will be the most checked and inspected country if the principles agreed in Lausanne are transferred into the language of practical agreements," he said in an interview with Dmitry Kiselyov, head of state news organization Rossiya Segodnya. In excerpts of the interview published by Russia's RIA news agency, Lavrov blamed the United States and Europe for delays in securing the framework deal last week. He also said the lifting of sanctions would help Russia because it would allow Iran to pay in full for deals with Russia's nuclear agency, Rosatom. - Reuters