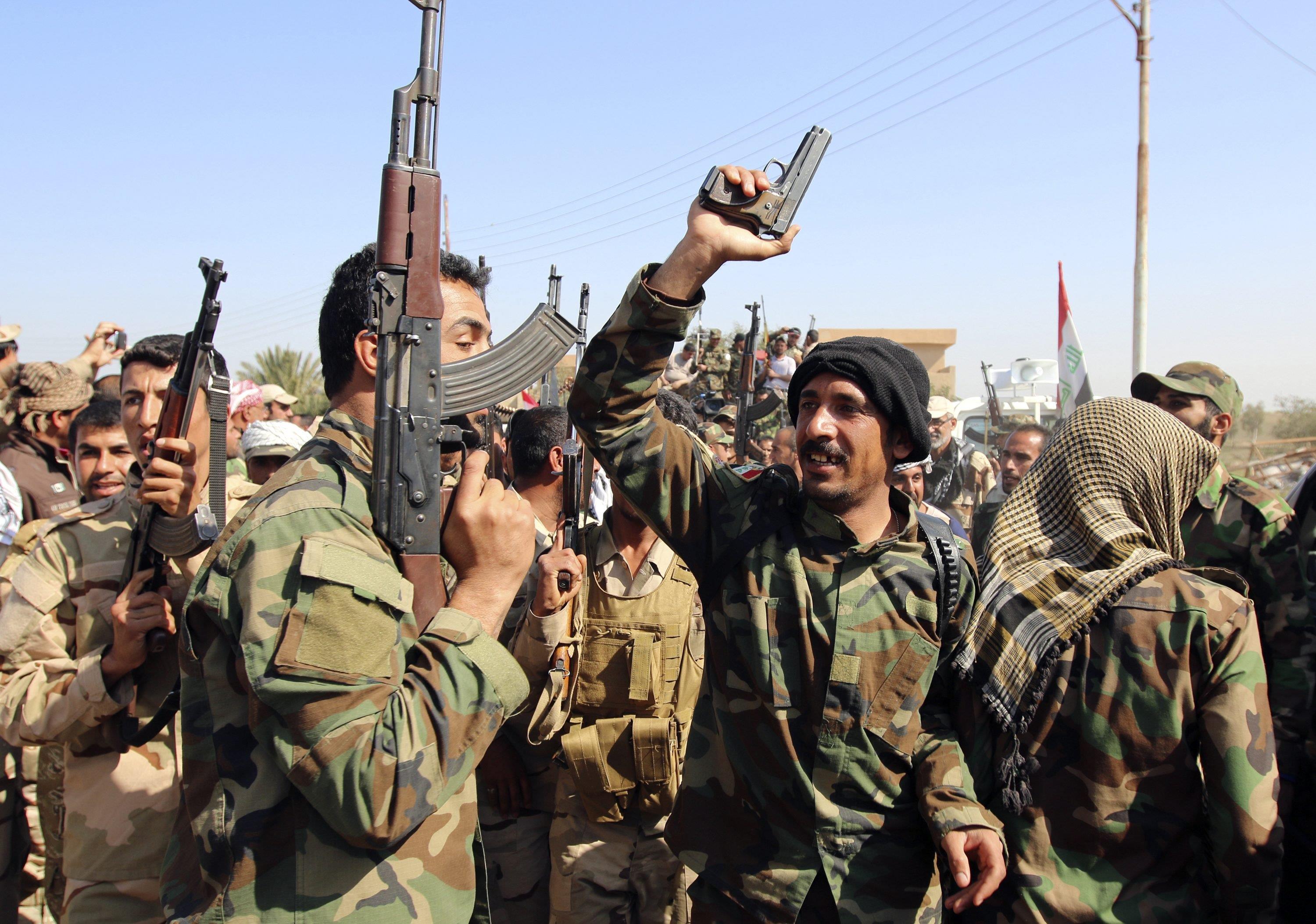 BAGHDAD (Reuters) - Iraq's armed forces, backed by Shi'ite militia, attacked Islamic State strongholds north of Baghdad on Monday at the start of a campaign aimed at driving them out of the mainly Sunni Muslim province of Salahuddin. The offensive is the biggest military operation in the province since the Sunni Islamist radicals seized swaths of north Iraq last June and advanced towards the capital Baghdad. Prime Minister Haider al-Abadi declared the start of the Salahuddin operations on Sunday during a visit to the government-held city of Samarra, where some of the thousands of troops and Shi'ite militia had gathered for the offensive. The pace of their progress in Salahuddin could affect plans to recapture Mosul further north. A US official said the assault on Mosul, the largest city under Islamic State control, could start as early as April but Iraqi officials have declined to confirm that timetable. In Salahuddin, Islamic State fighters control several strongholds including Tikrit, hometown of executed former president Saddam Hussein and other Tigris river towns. A source at the local military command said forces advanced north from Samarra towards the town of al-Dour, which officials describe as an Islamic State bastion, and Tikrit, which lies about 40 km (25 miles) north of Samarra. Iraq's air force was carrying out strikes in support of the advancing ground forces, who were being reinforced by troops and militia -- known as Hashid Shaabi, or Popular Mobilisation units -- from the neighbouring province of Diyala to the east. Iraqi army forces in a military base just north of Tikrit also bombarded Islamic State positions in the city, another source said. Declaring the start of operations on Sunday evening, Abadi gave Islamic State supporters what he said was one last chance to lay down their arms, or face "the punishment they deserve because they stood with terrorism". But he also stressed that the army and militia must protect civilians and property in the battlefield. Shi'ite militia have been accused of mass executions and burning of homes in areas they have seized from Islamic State. Leaders of the paramilitary forces have denied the accusations. Monday's offensive follows several failed attempts to drive the militants out of Tikrit since last June, when Islamic State declared a caliphate in the territories it controls in eastern Syria and northern and western Iraq. In Iraq, months of US-led air strikes, backed up by the Shi'ite militias, Kurdish peshmerga fighters and Iraqi soldiers have contained Islamic State and pushed them back from around Baghdad, the Kurdish north, and the eastern province of Diyala. But they have held most of their strongholds in Salahuddin and taken new territory in the western province of Anbar.