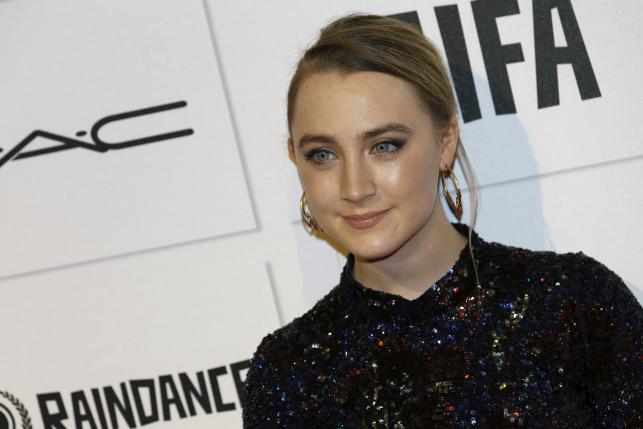 Irish actress Saoirse Ronan expressed delight that no-one stumbled over her name when she was nominated for a Screen Actors Guild award.

"I’ve been lucky enough to be a working actor for almost 10 years and the mere fact that people can finally pronounce my name is pretty exciting!," the 21 year-old said in a statement. But she had spoken too soon.

On Thursday, Ronan was also nominated for a Golden Globe for her role in Irish immigrant drama "Brooklyn" but Hollywood veteran Dennis Quaid fumbled her first name, calling her "Sheesha" while making the televised announcement. The flub swiftly trended on Twitter.

Ronan, who has been acting since she was a child, earned an Oscar nomination in 2008 for her breakthrough role as the curious young sister whose accusations of rape ruin lives in "Atonement."

Some 10 movies later, she is seen as a front-runner for Oscar glory for playing a young woman who is torn between two men on the opposite sides of the Atlantic in "Brooklyn." So how do you pronounce her first name? SIR-Sha. -Reuters