KARACHI (92 News) – As Pakistan’s biggest city witnessed a high-profile cricket match for the first time in nine years at the newly renovated Karachi National Stadium amid heavy security, Islamabad United thrashes Peshawar Zalmi in the final of the third edition of the Pakistan Super League (PSL) by 3 wickets on Sunday.

Peshawar Zalmi after winning the toss decided to bat first.

Playing first the defending champion scored 148 runs for the loss of seven wickets in stipulated 20 overs.

In response the Islamabad United achieved the target in 16.5 overs with the loss of seven wickets.

Luke Ronchi with 52 runs and Sahibzada Farhan with 44 runs remained the main scorers for Islamabad United.

Prime Minister Shahid Khaqan Abbasi who was the chief guest on the occasion was present in the National stadium and enjoyed the revival of international cricket in Karachi after nine years. 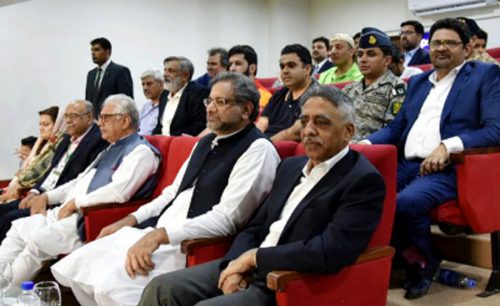 Earlier, addressing the ceremony, Pakistan Cricket Board (PCB) Chairman Najam Sethi thanked the law-enforcement agencies, federal and Sindh governments for making the holding of the PSL final in Karachi a reality.

The PCB chairman said the tournament did not belong to any political party, leader or state institution, but to the people of Pakistan.

He said it is because of sacrifices rendered by law enforcement agencies that the city is safe today.

PCB Chairman on the occasion announced that West Indies team will visit Karachi next month.