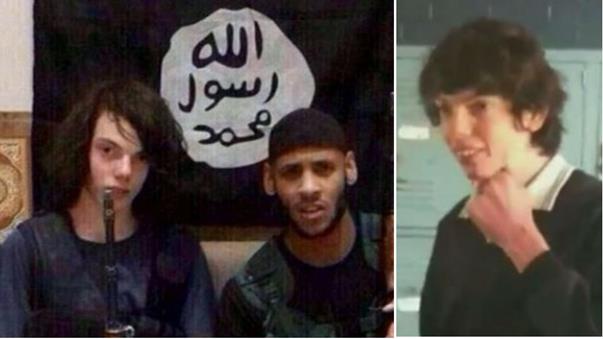 SYDNEY - Australia is seeking to confirm Islamic State's claim that an Australian teenage recruit died after blowing himself up in Iraq, the country's foreign minister said on Thursday. Islamic State released an image on Wednesday claiming to show Abu Abdullah al-Australi before he carried out a suicide attack on the Iraqi city of Ramadi. Australian media recently named Abu Abdullah al-Australi as a pseudonym of 18-year-old Australian Jake Bilardi. Images of what appeared to be an explosion were also published by Islamic State. "I can confirm that the Australian government is currently seeking to independently verify reports that 18-year-old Melbourne teenager Jake Bilardi has been killed in a suicide bombing attack in the Middle East," Australian Foreign Minister Julie Bishop told reporters in Perth. Iraqi officials said 13 vehicles attacked army positions in Anbar, the capital of Ramadi. No details on casualties were given. The Australian Broadcasting Corporation reported on Thursday that Bilardi had left improvised explosive devices at his house before going to Syria. Bishop declined comment on the report. Bishop said Australian security forces believe 90 citizens are fighting alongside Islamic State, and 20 Australians are understood to have died. Two teenage brothers were stopped at Sydney Airport last week as they attempted to leaveAustralia to join Islamic State. "It shows the lure, the lure of this death cult to impressionable youngsters and it's very, very important that we do everything we can to try to safeguard our young people against the lure of this shocking, alien and extreme ideology," Australian Prime Minister Tony Abbott said. Australia is on high alert for attacks by radicalized Muslims or home-grown militants returning from fighting in the Middle East. In December two hostages and a radical self-styled sheikh who had sought to align himself with Islamic State were killed in a Sydney hostage siege. – Reuters