DUBAI (92 News) – The significance of a Twenty20 International in a World Cup year might not be too evident at the outset, but India and New Zealand will see it as an opportunity all the same when they walk out in Wellington on Wednesday, 6 February.

India dominated the one-day internationals for the most part – the loss in the fourth ODI proved an aberration – but there are still a couple of areas that can do with some improvement.

For starters, the top order needs runs. Without Virat Kohli, the captain, there’s a budding sense of fragility within the Indian batting ranks. In the last two ODIs, Rohit Sharma and Shikhar Dhawan were dismissed for paltry scores, and struggled to give the middle order the foundation they usually do.

That created all sorts of problems, and it is certainly easier for the bowlers knowing they’ll be facing debutant Shubman Gill after those two rather than the imposing figure of Kohli. While the middle order crumbled in the fourth ODI, it stood up in the final clash, and the question now is whether it can do so in the shorter format as well, with far fewer overs to settle down.

India certainly aren’t a one-man team, but needless to say, they are a lot weaker without Kohli. It is an impression they wouldn’t want to fuel too much, especially with the World Cup just around the corner.

Guptill out of India T20Is 🤕

The opener’s back injury will keep him out of the three matches. Jimmy Neesham has been called up as replacement.

Another thing India will be curious about is the form of Gill. The 19-year-old is highly rated and rightly so – those who watched him at the ICC Under 19 Cricket World Cup last year and noted his progress at the first-class level will vouch for that – but he hasn’t yet been able to replicate that form at senior level, with scores of 9 and 7 in two ODIs.

Perhaps the T20Is, with the more carefree approach it warrants, will prove key as Gill tries to make his mark.

As far as New Zealand are concerned, the manner of the loss in the ODIs is something they will want to forget all too soon. India coasted to 3-0 before quite visibly taking their foot off the gas – it is only then the home side managed to fight back. And still, they lost 4-1.

The New Zealand quick has jumped up seven places to No.3 in the bowlers rankings after picking 12 wickets in the series against India! 👏

Their confidence will have taken a beating, and New Zealand will be keen to fix that in the T20Is, starting on Waitangi Day Wednesday – the home side will wear specially printed AOTEAROA shirts to mark the day.

The injury to Martin Guptill – the back problem that sidelined him for the final ODI has ruled him out of the T20Is as well – doesn’t help matters. The onus will be on Colin Munro, who was underwhelming in the ODIs, to rediscover his form.

New Zealand, however, have named a fine replacement for Guptill. Jimmy Neesham, the all-rounder, has been in terrific form recently, and it needed a canny piece of work from MS Dhoni behind the stumps to stop his assault in the final ODI. He will look to make the most of his purple patch in the T20Is as well. 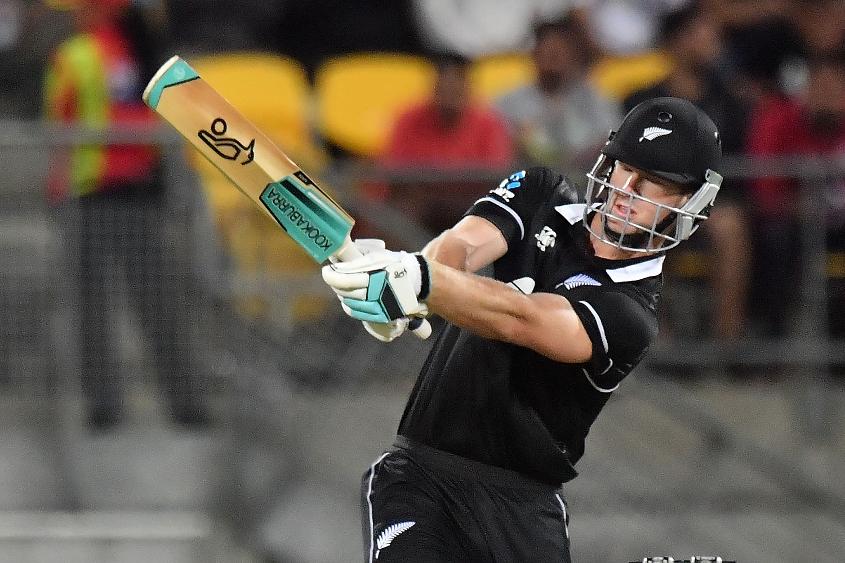 In good news for New Zealand, India have a terrible record in T20Is against them. In the eight overall matches they have played, New Zealand have won six. If that is anything to go by, India will have their task cut out for the next few days. That said, they have reversed records all series, and will look to do so again.

Jimmy Neesham (New Zealand): The all-rounder’s return is good news for New Zealand. He hammered a 37-ball 64 in an ODI against Sri Lanka last month, and was on the way to do so again against India in Wellington on Sunday. More of the same is expected from the big man, who lends crucial balance to the home side.

Shubman Gill (India): There are few tasks more daunting than filling Virat Kohli’s boots at No.3 at the moment, but 19-year-old Gill has been asked to do just that. He hasn’t done too well, so far, but could a change in format spark all that potential? He’s an exciting talent, and it will be an interesting watch, one way or the other.

It’ll be a bit nippy in Wellington on Wednesday – the day peaks at 17°C. There’s no rain though, and that should make for interesting conditions to play in. It was slow and low and batting was difficult in the ODI at the venue. The T20I could go the same way.