Italy cracks down on smokers as tough law takes effect 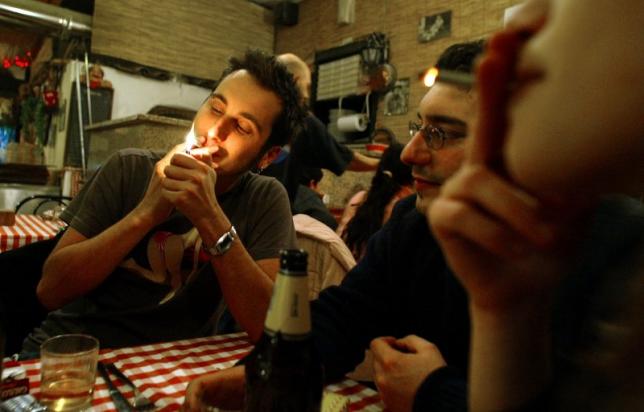 ROME – Tough anti-smoking laws came into effect in Italy on Tuesday, imposing large fines for several offences and making it illegal to smoke in a car carrying children or pregnant women.

The laws require cigarette packs to carry stark pictures of people who suffered from the effects of smoking, including one of a woman coughing up blood and another of a man who died of a heart attack being zipped up in a body bag.

Throwing cigarette butts on the pavement could cost an offender up to 300 euros.

The laws were passed in 2015 in response to an EU directive requiring member states to toughen smoking laws. Health officials and consumer groups estimate that smoking causes some 80,000 deaths a year in Italy. –Reuters