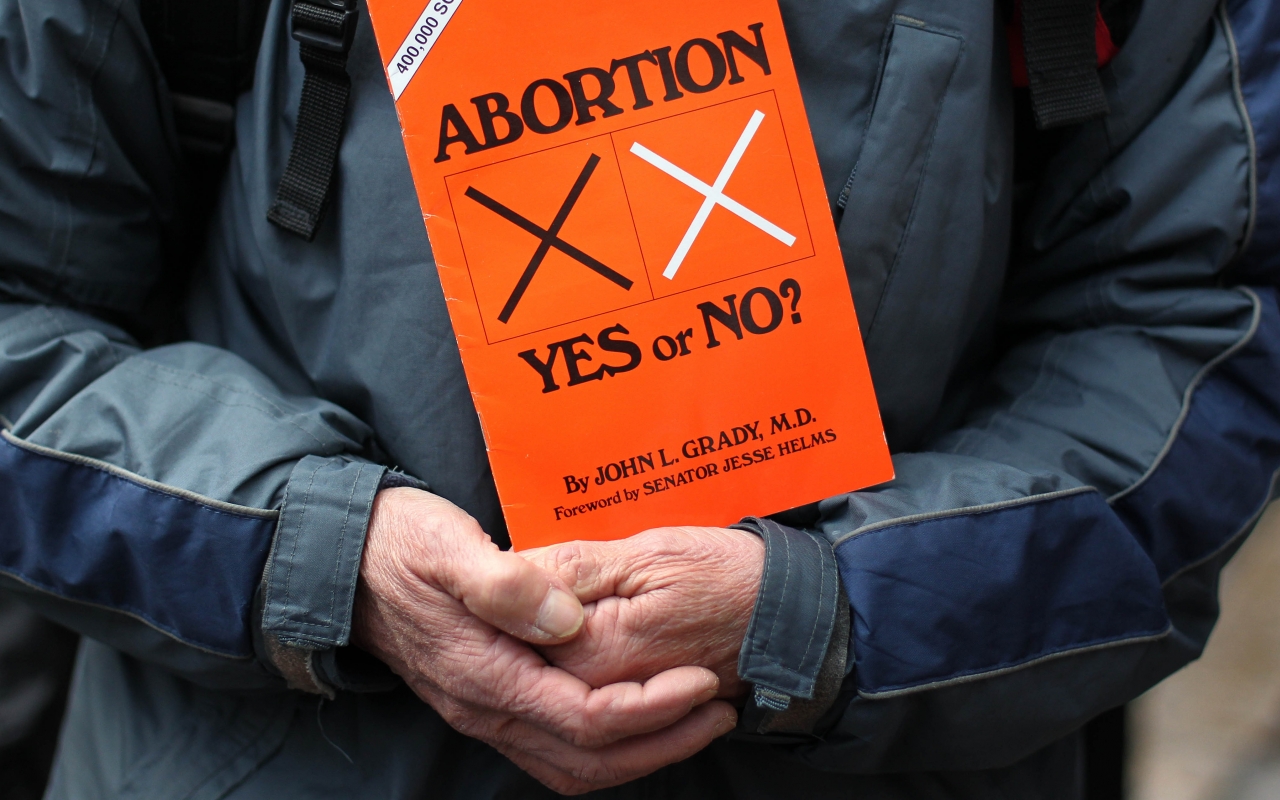 NEW YORK - A rapid increase in the number of US women turning to intra-uterine devices to prevent pregnancy has prompted escalating attacks on the birth control method from groups that oppose abortion.

The next battle will be at the US Supreme Court, which has agreed to consider a new religious challenge to contraceptives coverage under President Barack Obama's healthcare law. Although the case deals broadly with whether religiously affiliated groups should be exempt from providing birth control coverage to their employees, some parties in the case have focused specifically on IUDs.

IUDs work primarily by preventing sperm from reaching an egg. But they have come under fire from anti-abortion groups because, in rare instances, they can prevent a fertilized egg from implanting in the uterus. Those who believe that life begins at conception consider blocking implantation to be terminating a pregnancy rather than preventing pregnancy.

"IUDs are a life-ending device," said Mailee Smith, staff counsel for the Americans United for Life, which filed an amicus brief in support of the challenge before the high court. "The focus of these cases is that requiring any life-ending drug is in violation of the Religious Freedom Act."

IUD use among US women using contraceptives grew to 10.3 percent in 2012 from 2 percent in 2002, according to the Guttmacher Institute, making them the fastest growing birth control method. Their popularity has grown as women recognized that newer versions of the device don't carry the same safety risks as a 1970s-era IUD known as the Dalkon Shield.

Now more than 10 percent of US women using contraceptives use IUDs. Other forms of birth control, such as daily pills, are on the decline.

Obama's Affordable Care Act has also boosted the use of intrauterine devices. The law requires insurers to fully cover birth control, including the entire $800 to $1000 cost for insertion of an IUD.

Should the high court agree with the plaintiffs and rule that they are exempt from the coverage, IUDs could become much more costly for women who work at such organizations, some legal experts say. As many as 3.5 million people worked at public charities with religious affiliations, according to 2013 data from the National Center for Charitable Statistics at The Urban Institute.

Planned Parenthood, long a target from religious groups for providing access to abortions, has also become a significant source of the devices, with IUD use by its patients up 57 percent between 2009 and 2013.

The Obama administration created an exemption for houses of worship and some related organizations that object to funding birth control for employees, but now other types of religiously affiliated groups want similar waivers.

In 2014, the Supreme Court accepted the position of Hobby Lobby, a chain of craft stores owned by religious Christians, ruling that private companies that are closely-controlled could opt out of contraception coverage based on the owners' beliefs.

Hobby Lobby, among other things, objected to birth control that could prevent "an embryo from implanting in the womb," including two types of IUDs, according to court documents.

The current high court case consolidates seven lawsuits filed by nonprofit groups with religious affiliations, such as a colleges and retirement homes run by nuns. The ruling could be applied to more than 100 similar lawsuits, potentially affecting hundreds of thousands of women, according to lawyers on both sides of the issue. Little Sisters of the Poor, one of the plaintiffs, for example has more than 2,000 employees.

The Obama administration has already allowed such nonprofit groups an exemption from providing birth control coverage, but created an accommodation that would still guarantee benefits to their employees.

Under the accommodation, nonprofits are required to notify their insurers, plan administrators or the federal Department of Health and Human Services that they object to the coverage. The insurance plan then directly offers employees separate contraceptive coverage. Organizations that fail to give notice face fines.

The groups that filed the cases now before the Supreme Court, including Geneva College and Priests for Life, contend that the notification requirements violate the Religious Freedom Restoration Act of 1993, which says the government can't burden religious groups without a compelling reason.

Some of the organizations are challenging coverage for all forms of birth control while others focus only on methods that potentially interfere with fertilized eggs, including the so-called "morning-after pill" and IUDs.

Mark Rienzi, a lawyer with the Becket Fund for Religious Liberty, which represents the Little Sisters of the Poor, said that his clients feel that completing the paperwork would make them complicit in providing birth control. Filing for the accommodation would still trigger an offer of birth control coverage from an insurer, he said.

Houses of worship, he pointed out, do not need to complete paperwork or provide the coverage. "No one takes over their health plan and uses it to distribute the abortion-inducing drugs and contraceptives," he said.

No matter what happens next year at the Supreme Court, the battle over the IUD is likely to continue. "The stakes are very high," said Aram Schvey, senior policy counsel at the Center for Reproductive Rights. "We know this kind of plan is effective. When people aren't burdened by cost, they choose more expensive, more dependable, longer-lasting contraceptives, like IUDs." -Reuters