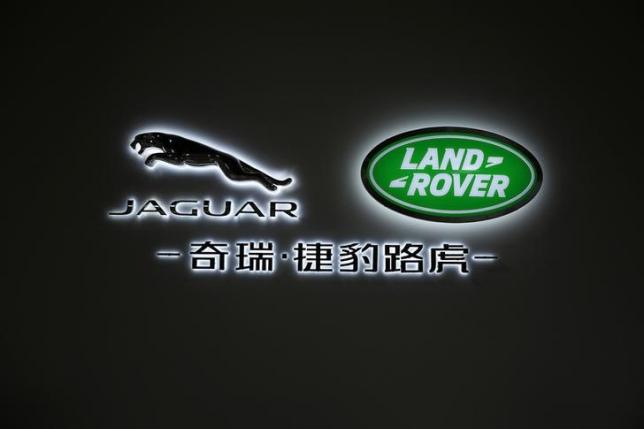 LONDON - Luxury British carmaker Jaguar Land Rover (JLR) will post a lower pre-tax profit in 2015 than in the previous fiscal year, its CEO told Reuters, due to major investments and a blast at China's Tianjin port that destroyed thousands of its cars. The company, which said on Tuesday it will invest nearly half a billion pounds in its British engine manufacturing centre, saw up to 5,800 cars damaged or destroyed in a chemical explosion at Tianjin in August. JLR, which has been rapidly expanding its model line-up and volumes with new production planned in continental Europe and South America, recorded a pre-tax loss of 157 million pounds in the three months to the end of September, weighed down by a charge due to the blast. This led parent Tata Motors (TAMO.NS) to post a surprise net loss for the period, due partly to a fall in sales in China. JLR's Chief Executive Ralf Speth told Reuters in an interview that he did not expect his company to match the 2.61 billion pound pre-tax profit it made in 2014/15. "We will have this year a lower profit number than last year," he said. "It's (because of) the investments number and this ... very special event in China." Speth said that thousands of the company's vehicles caught up in the Tianjin explosion "cannot be repaired" but that the firm was unsure at this point as to the state of the rest of them. The British carmaker, which spent years in the doldrums before being bought by India's Tata in 2008, has announced major investment plans in its domestic British plants as well as planned new production in Slovakia, Austria and Brazil. JLR's 450 million pound investment in its British engine manufacturing centre comes just over a year after the 500 million-pound facility was opened and will help meet demand as the firm ramps up volumes. China was Jaguar Land Rover's fastest growing market in 2014 and Speth said demand in the world's biggest car market was returning after the company saw sharp declines in sales earlier this year. "We see that growth is coming back to China and therefore we are cautiously optimistic," he said. -Reuters