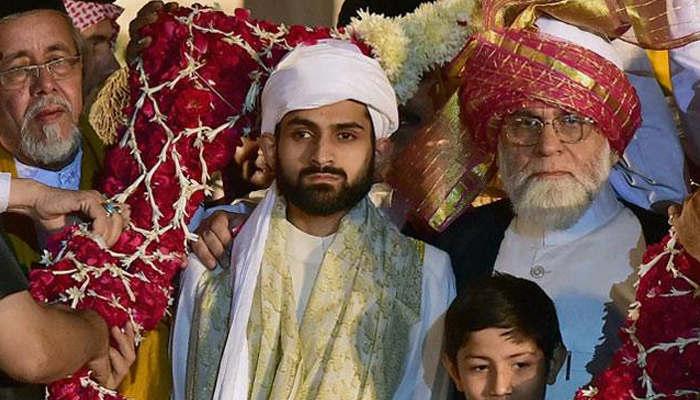 NEW DELHI (92 News) – Shaban Bukhari, son of Shahi Imam of Delhi's Jamia Masjid, has tied the nuptial knot with a Hindu girl. As per details, Syed Ahmed Bukhari's son Shaban got married to the Hindu girl who hails from Uttar Pradesh's Ghaziabad. The two have been a couple for the past two years and the wedding took place inside the Jamia Masjid. The report added that Syed Ahmed Bukhari was initially opposed to the marriage but gave his consent after the girl agreed to convert to Islam. Shaban Bukhari recently has been appointed as the Nabi Imam. He will be the fourteenth Shahi Imam of Jamia Masjid succeeding his father Syed Ahmed Bukhari. Even before becoming the Shahi Imam, Shaban landed in a controversy as media reports claimed that he is all set to marry a Hindu girl.