JD.com CEO was arrested on allegation of rape: police report 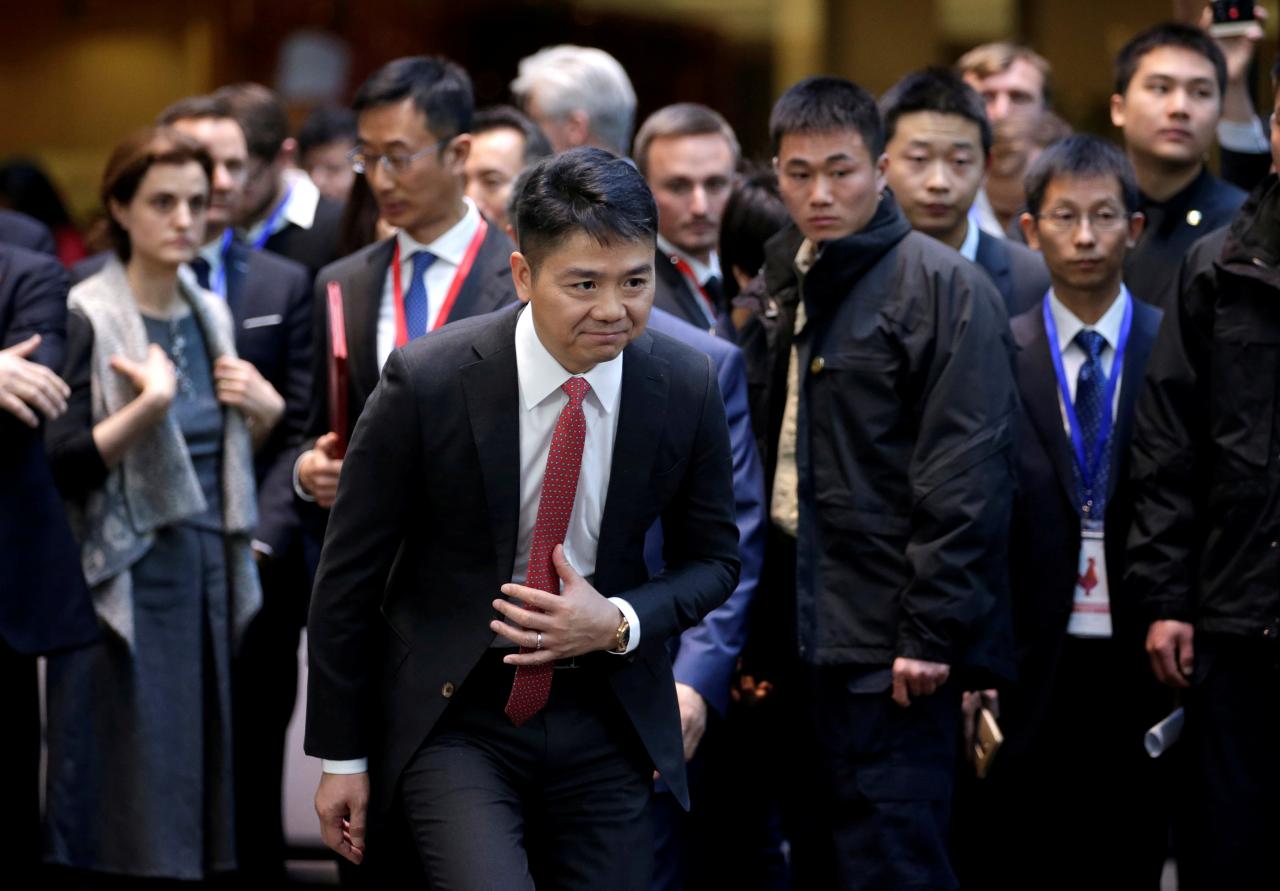 JD.com CEO was arrested on allegation of rape: police report

MINNEAPOLIS/SHANGHAI (Reuters) - The founder and chief executive of Chinese retailer JD.com Inc, Richard Liu, was arrested in Minneapolis last week following an allegation of rape, according to a public information report released by police on Tuesday.
Liu, identified in the report by his Chinese name Liu Qiangdong, was released from custody on Saturday without being charged, and he returned to China. Earl Gray, a Minnesota-based lawyer for Liu, said on Monday that the Chinese businessman has denied any wrongdoing and that he did not expect his client to be charged. On Tuesday, defense attorney Joseph Friedberg said, “They are not going to charge in this case. There’s no credible complaint.” Minneapolis Police Department spokesman John Elder said on Tuesday that if there were any charges against Liu they would not be filed until completion of a criminal investigation that would not occur before Friday. The police report shed a bit more light on the nature of the accusation, which authorities had previously left vague. It said the alleged offence was “criminal sexual contact - rape,” and said domestic violence was not involved. It gave no further details, but Elder said the alleged attack reportedly occurred at 1 a.m. local time on Friday, and that Liu was taken into custody later that evening. Elder declined to disclose whether any accuser was cooperating with police. “I wouldn’t address that. That goes to the investigation,” he said. JD.com Inc’s (JD.O) stock fell as much as 7 percent on Tuesday, hitting an 18-month low, reflecting investor uncertainty. Shares in China’s second largest e-commerce company closed down 6 percent at $29.43 on Tuesday on the Nasdaq and were steady after hours. JD.com’s rules require Liu, who holds nearly 80 percent of the company’s voting rights, to be present at board meetings for the board to make decisions, although it was not clear if he has to be physically present or could participate by teleconference. The company counts Walmart Inc (WMT.N), Alphabet Inc’s (GOOGL.O) Google and China’s Tencent Holdings (0700.HK) as investors. It faces stiff competition from rival Alibaba Group Holding Ltd (BABA.N) at home. “If this spirals as a media focus, negative attention could offset some of the positives associated with endorsement by Walmart and Google,” analyst Rob Sanderson of MKM Partners said. “Negative publicity could also compromise JD.com’s ability to attract international brands to its marketplace, which has been a top focus of the CEO over the past two years or so,” Sanderson said. Liu lost a court battle in Australia in July to keep his name out of a sexual assault trial. Liu was not accused of any wrongdoing in that case, according to a court document. The case involved a person who had been a guest at a party hosted by Liu at his home in Sydney 2015 who accused another guest of sexually assaulting her at a hotel. The defendant was found guilty of seven offences.

(Reuters) - The CEO of Europe's largest restaurant order and delivery company Just Eat Takeaway.com on Wednesday brushed aside competition from rival Uber Eats after it said it would launch in Germany, one of Takeaway's biggest markets.

(Reuters) - Swiss drugmaker Roche predicted on Wednesday that demand for its drugs would accelerate for the remainder of 2021, after first-quarter sales of COVID-19 tests offset a pandemic-influenced slump in its main pharmaceuticals business.

(Reuters) - Alphabet Inc’s YouTube will lift its suspension on former U.S. President Donald Trump’s channel when it determines the risk of real-world violence has decreased, the company’s CEO, Susan Wojcicki, said on Thursday.

WASHINGTON (Reuters) - Insurer American International Group Inc said its board approved a plan to separate the life and retirement business from the rest of the company, and named President