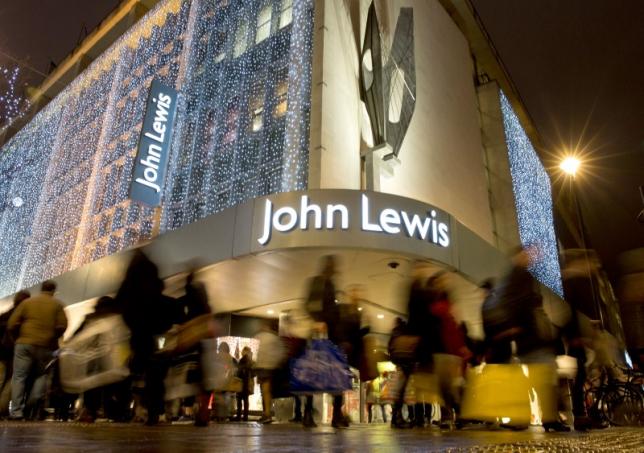 LONDON - John Lewis, Britain's largest department store group by sales, has predicted this year's Black Friday promotional event will be even bigger than 2014's, having said in January it might rein-in its participation. Last year's Black Friday delivered John Lewis' most lucrative week in its 150-year-history. However, the employee-owned firm's managing director, Andy Street, said the late November discounting day imported from the United States disrupted traditional Christmas trading patterns and may have to be tempered in 2015. Street told reporters on Tuesday John Lewis' "never knowingly undersold" (NKU) price-matching pledge meant its participation in the Nov. 27 Black Friday event would exceed 2014's. "We cannot stand aside, we will not blink over that NKU commitment," he said. Street said John Lewis had recruited 2,000 extra staff to deal with deliveries and invested "tens of millions of pounds" in capacity to ensure Black Friday orders are honoured. He said there was now a new shape to Christmas trade, with three peaks - Black Friday, the Christmas peak and the post Christmas Eve clearance sale. "Black Friday has turned into our biggest week by a mile and it will be bigger again this year," he said. Earlier on Tuesday supermarket Asda, the British arm of Wal-Mart, said it would not participate in this year's Black Friday, a year after brawls at one of its stores characterised the arrival of the US import to Britain "They've been brave," Street said. "But it won't change what's going to happen this year." This was because suppliers had made products for the event months ago, while retailers had similarly long ago planned their promotional programmes. "What I do think is interesting though, looking further ahead to future years, it might just help do exactly what I tried to do in January, which is say 'hang on, let's think about this'," said Street. Last Friday John Lewis said sales had increased 2.5 percent in the 13 weeks to Oct. 31, its fiscal third quarter. Street gave an upbeat Christmas outlook. "John Lewis has won the last six Christmases and outperformed the market every Christmas since the (financial) crash. This year it's got to be seven out of seven and I'm genuinely confident that the stall is set for us to do exactly that." Street also announced John Lewis had signed a deal with Dutch department store de Bijenkorf to open "shop in shops" in some of its stores in 2016, a move that represents John Lewis' debut in continental Europe. -Reuters