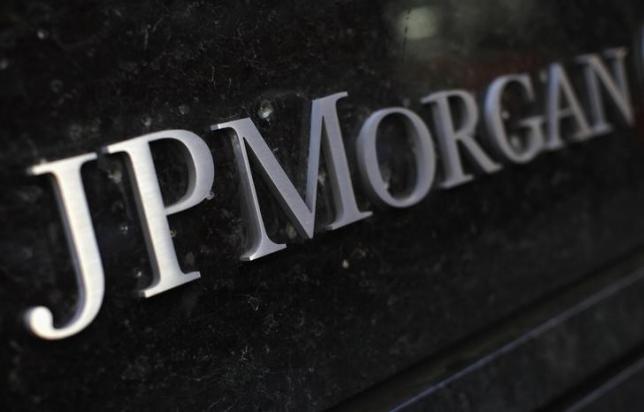 LONDON - JPMorgan has topped investment bank league tables by revenue, with a surge in dealmaking helping it to pull in $18.2 billion (£12.1 billion) in the year so far, a survey found on Wednesday.

JPMorgan's earnings gained 6.4 percent on the same period year before, when it earned $17.1 billion, according to Coalition's third-quarter Global League Table.

That meant the lender once again pipped Goldman Sachs (GS.N) to the top spot, the industry analytics firm found.

Deutsche Bank (DBKGn.DE) was the only European bank in the top five, at joint number three with Citi (C.N). Morgan Stanley (MS.N) and Bank of America Merrill Lynch (BAC.N) both landed the fifth position.

Banking revenues have been helped by a surge in corporate dealmaking, the survey said.

Worldwide levels of M&A reached an all-time high of $4.2 trillion last week, following the $160 billion tie-up between Pfizer (PFE.N) and Botox maker Allergan (AGN.N). That broke the previous record of $4.1 trillion set before the crisis, according to Thomson Reuters data. -Reuters