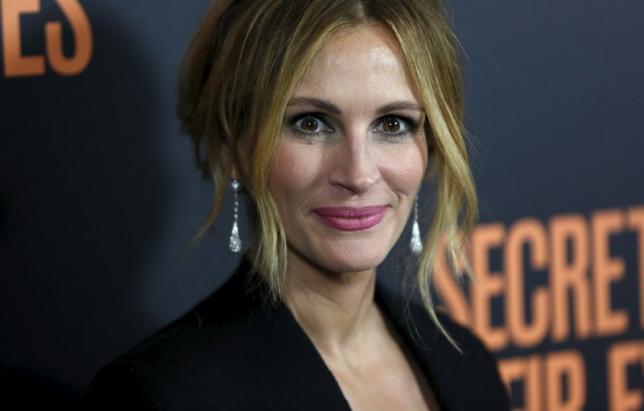 LOS ANGELES - Oscar-winning actress Julia Roberts may be best known for her trademark big smile, but in her latest film "Secret in Their Eyes," she taps into a much less glamorous side of herself to play a traumatized police officer. In the film, out in US theaters on Thursday, Roberts plays Jess, a police officer who arrives at a murder scene, only to find that the victim is her daughter. The discovery transforms her from an extroverted joker into a withdrawn, broken individual. The role was "hugely difficult but really a great opportunity to show such a giant distance in the life of one person," Roberts told Reuters. "I don't think I've ever had a chance to cover so much time with one character," the actress said. The film is a remake of the Argentine 2009 movie "El Secreto de Sus Ojos," which won the best foreign film Oscar. Roberts, 48, has carved a career of often edgy female characters, from the promiscuous Daisy in "Mystic Pizza" and prostitute Vivian in "Pretty Woman," to the feisty trailblazing lead of "Erin Brockovich," the role that won her an Oscar. In "Secret In Their Eyes," Roberts didn't shy away from appearing in frumpy clothes and minimal makeup with limp hair, saying the role was "not about the superficial." After working in the film industry across four decades, Roberts said her priorities have changed since becoming a parent to three children with cinematographer husband Danny Moder. "I think that passion for film making doesn't drive my life anymore really, but it is a great creative place that I appreciate," she said. "Danny and I being parents to these three small human beings, I think we're passionate about that and keeping them strong and happy and forward moving. It's a huge responsibility." -Reuters