Kanye West serious about White House run, says he has to grow up 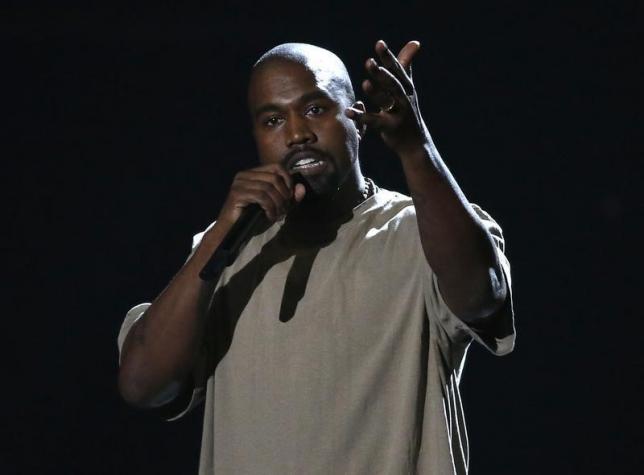 Kanye West serious about White House run, says he has to grow up

NEW YORK - Rapper Kanye West says he's serious about running for US president in 2020 but noted in an interview released that he has "a lot of growing up to do" before then. West, who is married to reality TV star Kim Kardashian, said he planned to run for the White House in 2020 at the end of a rambling speech at the MTV Video Music Awards show in Los Angeles last month. The declaration was largely seen as a joke, but asked whether he intended to go ahead, the "Jesus Walks" singer told Vanity Fair magazine "Oh, definitely." Grammy-winning West, 38, said that after the initial, stunned reaction people were positive about the idea, despite his reputation for angry outbursts. "As soon as I said that, it was like, 'Wait a second, we would really be into that, because actually if you think about it, he’s extremely thoughtful. Every time he’s ever gotten in trouble, he was really jumping in front of a bullet for someone else. He’s probably the most honest celebrity that we have.' I didn’t approach that because I thought it would be fun," West was quoted as telling the magazine. "I sit in clubs and I’m like, Wow, I’ve got five years before I go and run for office and I’ve got a lot of research to do, I’ve got a lot of growing up to do." West, who has not said which political party he would represent, noted that his father has two masters degrees and that his late mother, a university English professor, had a Ph.D and worked for civil rights organizations. "It’s fun to be a rock star, and I’ll never not be one I guess, but there’ll be a point where I become my mother’s child," he said. Supporters of West have already launched a political action committee called Ready for Kanye in the hope he will run as a Republican. So far the group has under 100 followers on Facebook and Twitter. West this week was ranked the world's 7th highest-paid hip-hop act by Forbes magazine with an estimated $22 million in earnings from music, his fashion line, and product endorsements over the past year. Sean 'P.Diddy' Combs was top with an estimated $60 million. -Reuters