LONDON (92 News) – The Pakistani and Kashmiri community have on Monday staged a protest demonstration outside the residence of British Prime Minister Theresa May at 10 Downing Street.

The protesters carrying banners and placards demanded the international community to play their role to stop the bloodshed in the Occupied Kashmir by the Indian occupation forces.

The protesters also held a candle-light protest in front of the 10 Downing Street. 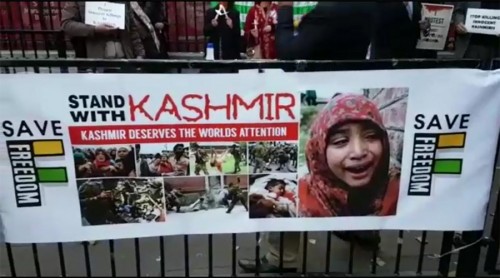