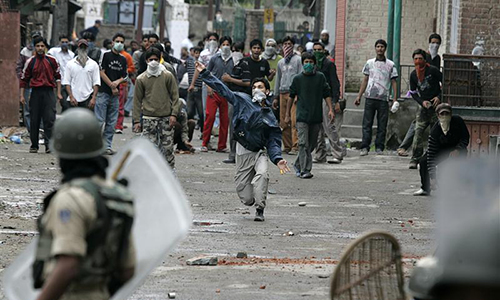 SRINAGAR (92 News) – Kashmiris strongly protested against the martyrdom of three freedom fighters by Indian army on Tuesday. After the burial of the martyrs in Beej Bahara, hundreds of Kashmiris besieged the ancestral house of puppet chief minister Mufti Saeed and pelted it with stones. Later, they also hoisted Pakistani flags atop their houses.