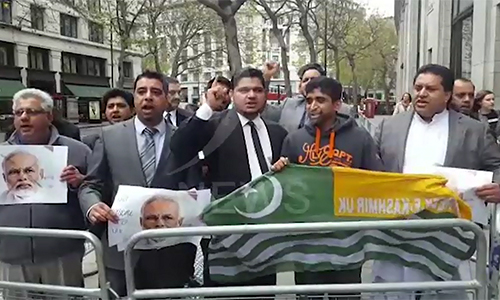 LONDON (92 News) – A large number of Kashmiris protested against Indian Prime Minister Narendra Modi’s visit to the United Kingdom outside Indian High Commission on Tuesday. They chanted the slogans of ‘Modi Murderer’. The protesters demanded that Modi be declared persona non grata for the killings of innocent Kashmiris by Indian forces.