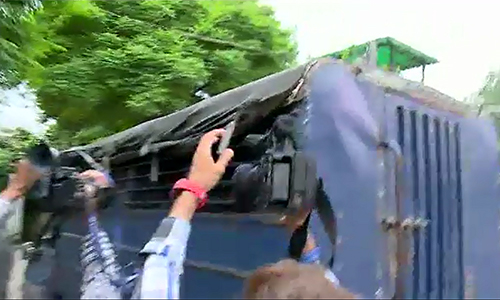 LAHORE (92 News) – An anti-terrorism court on Wednesday remanded seven accused of the Kasur child abuse case in police custody for 27 days. The remanded accused are: Haseem Amir, Abdul Manan Wattoo, Usman Khalid, Rai Basharat, Umar Awais and Sabir Ali. They will be produced in court with other accused on the next date of hearing. Meanwhile, the Lahore High Court has sought a report on the progress of the case on August 20.